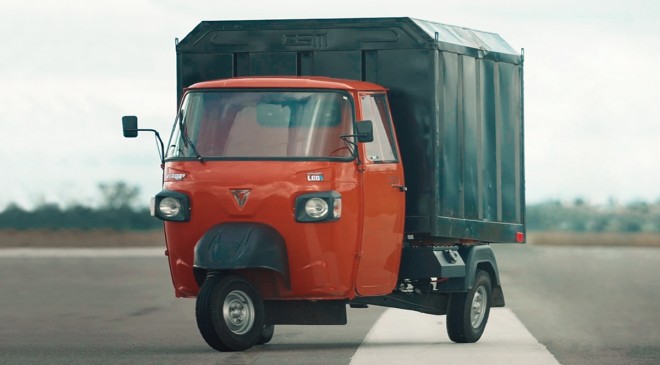 This is part of plans to rapidly expand manufacturing capacity across key markets in the country and scale up volumes.

The company already has three plants in Faridabad and will now add a facility in Pune to cover the western region, and two more plants are coming up in the south, in Karnataka and Andhra Pradesh. Apart from three-wheeler electric vehicles, OSM is also getting ready to enter the e-LCV segment in the 1-tonne, 3.5-tonne and 6.5-tonne categories, electric tractors and electric two-wheeler cargo vehicles for the rural market, called Mopido.

The company would be investing around $25 million at this plant, which would have the capacity to manufacture 500 vehicles per month, Narang said.Omega already has a steel-processing unit and auto component-manufacturing facilities based in Chakan, from where it supplies sheet metal and other components to OEMs and Tier 1 and II suppliers.

This is a `1,000-crore business for the company. These component companies would be making components for electric vehicles, Narang said.The Chakan plant will be Omega Seiki’s fourth manufacturing plant in the country. OSM has three manufacturing facilities at Faridabad with a combined manufacturing capacity of 2,600 e-3Ws a month.

The company has invested $50 million in these facilities.The company is rapidly scaling up manufacturing and building volumes. According to Narang, the government’s Vahan portal data showed that they were the number one company in electric three-wheeler sales in the country.

Narang is planning to reach the `1,000-crore revenue market in the electric vehicle (EV) business in three years. This fiscal, the revenue target was around `300 crore.OSM is a bootstrapped venture. The company has invested $ 100 million and plans to invest $500 million over the next four-five years.

Narang has plans to raise capital by way of equity and debt for funding the expansion plans. An IPO by 2023 is on the cards. He hopes for the company to become profitable in three years.After Pune, OSM is planning to add another facility in Karnataka, which would be the world’s largest electric three-wheeler plant, with capacity to make 1 million electric three-wheelers annually.

Read More:-Royal Enfield Hunter 350 to launch in India in August 2022: All you need to know

The mega factory would see an investment of $250 million. The plant will come up on 250 acres and would be developed in three phases. It is expected to commence production by the next fiscal, catering to both domestic and international markets.

OSM is also in active negotiations with existing and new suppliers for setting up ancillary manufacturing units in the vicinity of the mega factory.The $200-million, 106-acre greenfield CV manufacturing plant in Visakhapatnam will have a capacity of 10,000 units a month and the plan is to raise it to 20,000 units per month by next year.

In Phase I, the plant will cater to the demand coming from Africa, the Gulf countries and the ASEAN region, and in Phase II it is planning to export to the US and Europe.