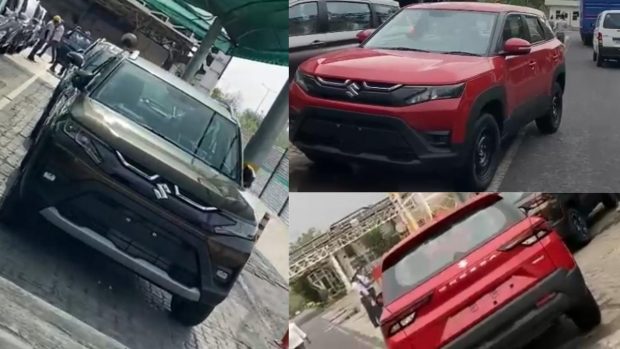 The compact SUV segment is currently one of the largest in India. That being said, almost every carmaker wants a share of this hot and tasty pie. While Maruti Suzuki has already tasted success in this domain, the carmaker is now preparing itself to repeat the same success story again. The carmaker has today opened bookings for the upcoming 2022 Maruti Suzuki Brezza. It is slated to hit the showroom floors by June 30. This time around, the company will also launch the CNG-powered version of the Brezza in our market. After all, the increasing prices of petrol is forcing buyers to adopt a more affordable fuel source.

Thanks to spy images of the upcoming 2022 Maruti Suzuki Brezza, which reveal the presence of a toggle button that will let the users switch between petrol and CNG as fuel. These images were shared by TheIndianMotorhead on Instagram.

The company is currently accepting pre-orders for the upcoming 2022 Maruti Suzuki Brezza against a sum of Rs 11,000. The compact SUV can be booked by either visiting the showroom physically or via the company’s website. In the updated avatar, the Brezza will be sold exclusively with an updated 1.5L petrol motor, along with two transmission choices – 5-speed MT and 6-speed AT.

While the dimensions are assumed to remain largely the same, the 2022 Maruti Suzuki Brezza dons redesigned front and rear fascia. Over to the front, it gets slimmer headlamps with a more pronounced nose. The rear facet, on other hand, looks posher than the outgoing model’s. Sideways, changes will include a new DLO and alloys wheel design.

The feature list will also be beefed up with the addition of an electric sunroof, a new steering wheel, an updated instrument console, a larger touchscreen infotainment unit, and a HUD.