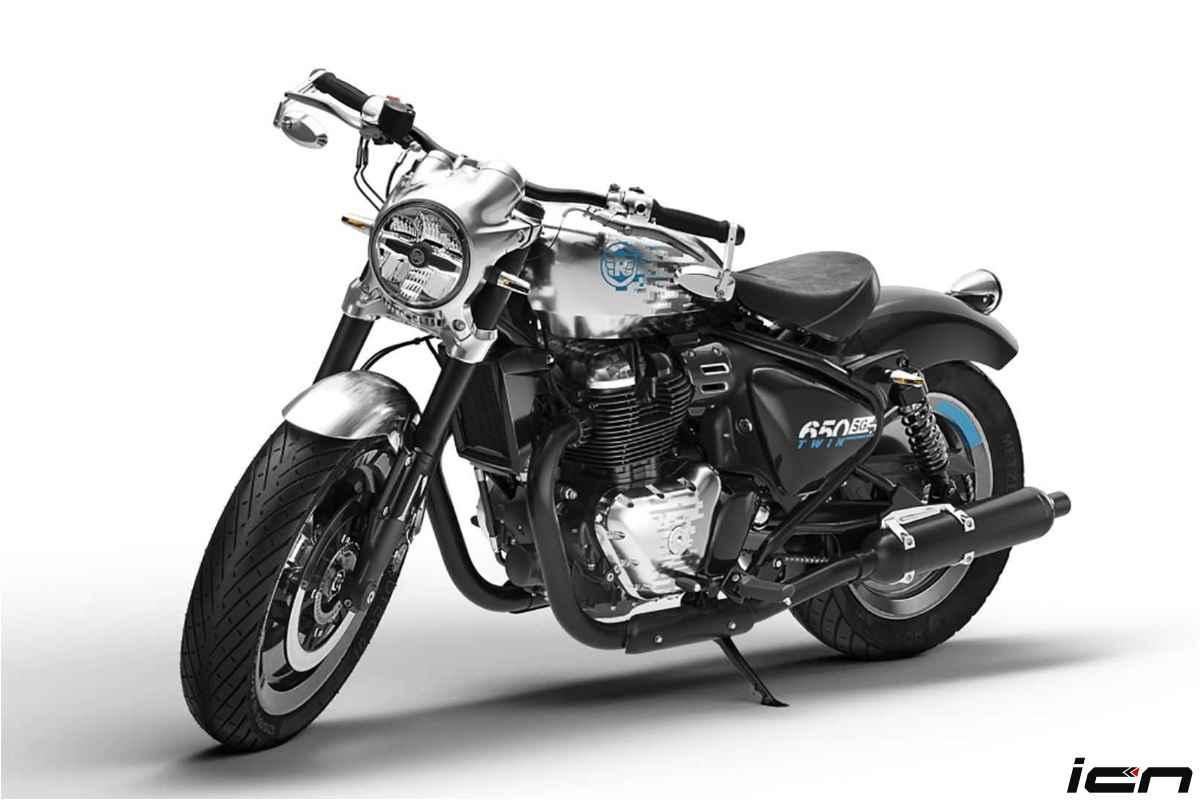 The Royal Enfield Shotgun 650 has been spied for the first time on Indian soil, that too in production form, hinting that its launch could happen as early as the first half of next year.

Read More:-Hero MotoCorp announces price hike on scooters, motorcycles by up to Rs 3,000 from July 1

From the headlight bezel, and the chunky, tyre-hugging fenders to the twin exhaust and the triangular side panels, everything on the spied Shotgun 650 looks derived from the SG650 Bobber concept that RE showcased at last year’s EICMA. Hence, expect the upcoming Shotgun 650 to don two different personas: the Bobber variant and the Roadster variant.

The test mule sports an upside down fork, similar to what was spotted on the Super Meteor 650. The front fender mounting is cleverly designed, doubling up as a cover for the fork seal. At the rear, the motorcycle sports twin shock absorbers. It is also anchored by disc brakes at both ends paired with ByBre calipers, bolstered with dual-channel ABS. Just like the Super Meteor 650, the RE Shotgun 650 Roadster test mule was also running with alloy wheels and road-biased tyres.

You can also see the asymmetrical instrument cluster in the spy shots. The main pod will likely be a semi-digital unit, similar to the Royal Enfield Meteor 350, whereas the smaller pod could be the Tripper Navigation module.

The Royal Enfield Shotgun 650 Roadster will share the same 648cc parallel-twin, air-oil-cooled heart that powers the Interceptor 650 and the Continental GT 650. Expect it to make the same output figures as the 650 twins – 47.6PS and 52Nm – linked to a 6-speed transmission with slip-and-assist clutch.

Royal Enfield intends to bring out one new motorcycle every quarter for the next five years. While the Hunter 350 seems to be next, based on an invite we have received from Royal Enfield. The Super Meteor 650 is likely to go on sale by late 2022 followed by the Shotgun 650 in early 2023. Expect the Shotgun 650 to arrive with a price tag of Rs 3.15 lakh (ex-showroom Delhi).