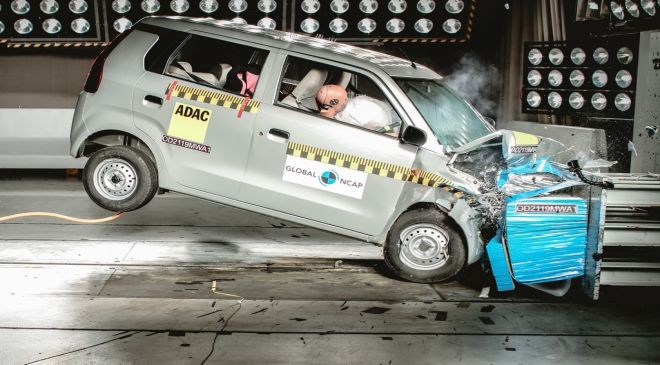 India’s new car safety testing norms are one step closer to reality, as the government has approved the draft notification to introduce the Bharat New Car Assessment Program (NCAP). According to the transport minister, Nitin Gadkari, Bharat NCAP will conduct crash tests and award safety ratings to cars.

What is Bharat NCAP?

Bharat NCAP is a vehicle safety testing agency with a set of standards and protocols for safety based on multiple standardised tests. The cars will be awarded safety scores and an overall star rating based on their standard safety kit and test performance.

For example, Global NCAP conducts front offset collision and side-impact tests among other evaluations, and awards numeric scores for adult and child safety. While Global NCAP will switch to a new, more rigorous testing regime soon under its #SaferCarsForIndia campaign, the transport minister has reassured that the Indian protocols will be aligned with global protocols.

He also said that the protocols will factor in India’s existing regulations so that carmakers can get their vehicles evaluated at existing facilities. “Star Rating of Indian Cars based on Crash Tests is extremely crucial not only to ensure structural and passenger safety in cars but to also increase the export-worthiness of Indian automobiles,” he said.

The new Bharat NCAP norms, alongside innovation by carmakers, are expected to continue to make our cars safer in the coming years. However, there is a need to make the infrastructure safer and easier to use for all road users. In a country where cars form the minority among all vehicle types, a more wholesome approach is needed to reduce the number of accidents on our roads.