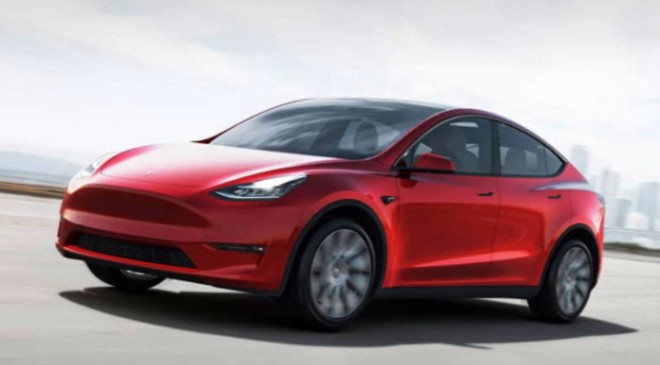 Volume deliveries enables the Model Y to strengthen as the top selling model in the country.

After two slower months, Tesla is making a big splash in Norway this month with high volume deliveries of the Model Y.

According to elbilstatistikk.no, close to 2,000 new Tesla Model Y were already registered so far this month (as of June 25), which is almost two times more than the number of Volkswagen ID.4 registrations.

The news has been quickly picked up by Tesla’s enthusiastic media, but if we take a closer look, it turns out that the are other interesting findings too.

It also shows us which type of cars are the most popular in the country – crossover/SUVs but not sedans or even hatchbacks. The Tesla Model 3 noted just 14 units.

The latest Tesla Model Y surge enables it to strengthen as the #1 model in Norway, but the MEB-based trio – Volkswagen ID.4, Skoda Enyaq iV and Audi Q4 e-tron – once again shows its strength, having together some 9,657 registrations.

While many contenders appeared on the market, the EV king of Norway remains the same with a big advantage over other models. According to the stats, the number of registered Nissan LEAF cars exceeded 74,000, which is a combination of more than 10 years on the market and consistent three-digit monthly sales results.

Just to complete the comparison, the trio of Volkswagen ID.4, Skoda Enyaq iV and Audi Q4 e-tron together has 27,715 units. It would be enough to beat the Audi e-tron.