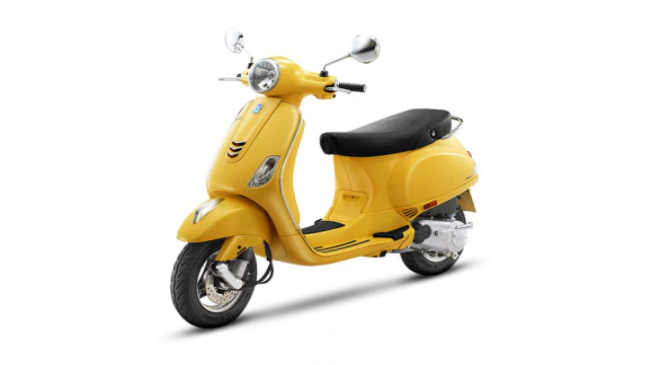 While the Yamasaki YM50 looks just like the Italian retro scoot, it gets a small 50cc engine

It’s no surprise that Chinese automotive manufacturers have a tendency to launch vehicles that are basically clones of popular models from established international manufacturers. Sometimes the Chinese models are exact replicas, while other times it results in a botched up job. Well, here we’ve got an exact Chinese copy of the popular Vespa ZX 125, built by a company called Yamasaki.

This Chinese company’s name does seem like it is inspired by Yamaha and Kawasaki. In fact, Yamasaki’s logo too looks like a weird offspring of the two Japanese logos. Hence, it is no surprise that a company that derives creative inspiration from other companies, has managed to nail the design of the Vespa ZX 125 onto their product.

For starters, the Yamasaki YM50 bears uncanny resemblance to the Italian retro scooter from every angle. Be it the simple rounded fascia, or the arched side cover, every body panel on this Chinese scooter designed straight off the Vespa ZX 125.

The YM50 is underpinned by telescopic fork and a monoshock, and is anchored by a fore disc brake and aft drum brake. It is equipped with a 4.5 litre fuel tank and weighs only 92kg. The Vespa on the other hand is suspended on a telescopic fork and twin shock absorbers, while braking duties are shared by a disc brake at the front and a drum brake at the rear. This Italian scoot gets a 7.4 litre fuel tank and weighs 115kg.

Price for the Yamasaki YM50 is not known, as it is currently on sale only on their wholesale online channel. The Vespa ZX 125 is priced at Rs 1,29,527, ex-showroom Delhi, and competes with the Yamaha Fascino 125 and Suzuki Access 125.