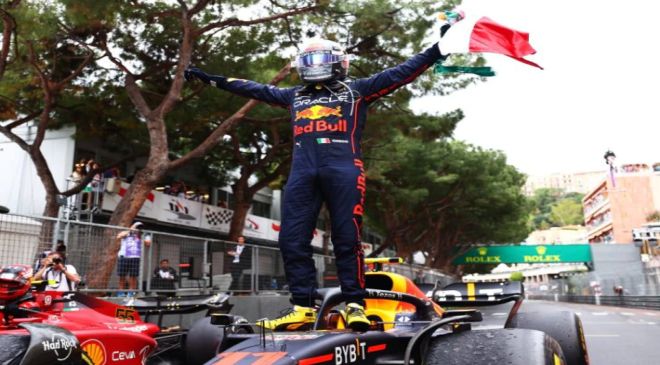 The last seven days in the world of motorsport had a mix of on and off-track action with the former being the MotoGP Dutch Grand Prix and the WRC Safari Rally. For the latter it was a new LMDh challenger being revealed and an Indian racer bagging his first F1 test with McLaren. Here’s everything that transpired:

Up until this point, it looked like Yamaha’s Fabio Quartararo was in prime form to defend his world title, but the 2022 MotoGP Dutch Grand Grand Prix saw the first crack in a near-perfect season. The championship-leader collided with title rival Aleix Espargaro while battling for second place and had to retire from the race due to another crash. While Esparagaro dropped to 15th place, the Aprilia rider scythed through the field to take a sensational fourth place finish on the final lap.  Up front, it was the Ducati of Francesco Bagnaia who romped home to a trouble-free win, with Marco Bezzecchi finishing second to take a rookie podium not only for him, but Valentino Rossi’s VR46 Ducati team. Maverick Vinales also scored his first podium for the Aprilia factory outfit.

This result has led to Quartaratro’s points advantage cut to 21 points over Aleix Espargaro in the riders standings. Bagnaia’s win has also slashed his deficit to 66 points.

It was a dream day for Toyota Gazoo Racing, as Kalle Rovanpera solidified his title ambitions by winning the 2022 Safari Rally. Joining him were teammates Elfyn Evans, Takamoto Katsuta, and Sebastien Ogier to take a Toyota 1-2-3 and 4 finish. In the WRC2 category, Gaurav Gill made his return and was quick off the gates, but his rally ended early with engine issues.

While there’s still time before the 2023 World Endurance Championship kicks off, Porsche has begun the first phase of its return to the championship by revealing its new challenger. Called the 963, it’ll compete in WEC’s LMDh category, as well as the IMSA WeatherTech SportsCar Championship. Porsche has also announced its driver lineup which includes Andre Lotterer, Kevin Estre, Michael Christensen, Laurens Vanthoor, Matt Campbell, and Matthieu Jaminet.

Formula 2 racer, Jehan Daruvala has taken one crucial step closer to his Formula One aspirations as the Indian driver bagged his maiden F1 test with McLaren at the Silverstone Circuit. Daruvala completed 130 behind the wheel of a 2021 McLaren F1 car, and is now eligible to apply for an FIA Superlicense. This license is crucial for those looking to be able to compete in Formula One.