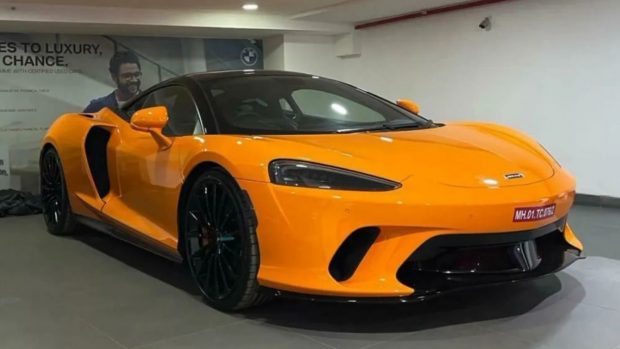 – McLaren will open its first showroom in India in Mumbai

McLaren has commenced deliveries of the all-new GT model in the country. The first unit of the sports car was recently handed over to its owner in Mumbai. The McLaren GT is priced at Rs 3.72 crore (ex-showroom).

The first McLaren GT to be delivered in India is finished in a shade of McLaren Orange. The model gets gloss black wheels and Azores calipers. Speaking on McLaren in India, we have learnt that the country’s first showroom from the brand will open by the end of August, with the official launch of the GT model said to take place around the same time.

Coming to the company, McLaren officially made its debut in India, and Infinity Cars has been appointed as its official dealer in the region. The British marquee currently retails three models including the 720S, 720S Spider, and the GT, details and prices of which are available here.

Coming to the McLaren GT, the grand tourer is powered by a 4.0-litre, twin-turbo V8 engine that produces a maximum power output of 612bhp and 630Nm of peak torque. Transmission duties are handled by a seven-speed dual-clutch automatic unit, which propels the model to a speed of 100kmph from a standstill in just 3.2 seconds.