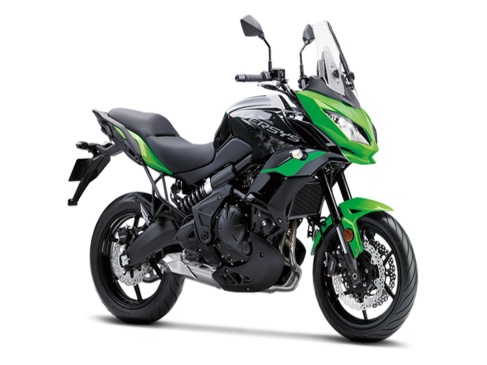 Could carry a rather hefty price tag

After launching the updated Ninja 400 on Friday, Kawasaki has now teased the bigger Versys 650 adventure bike in India, hinting at its imminent launch. We had recently spotted this upcoming Kawasaki Versys 650 on test in production form, and our dealer sources too revealed that the new model will reach dealerships in July.

The updated Kawasaki 650cc adventure bike sports a new fairing, which looks similar to the bigger Kawasaki Versys 1000. It also gets a revised headlight, four-step adjustable flyscreen and a sharp-looking engine cowl. We expect it to get new liveries, which would be visually refreshing from the current Candy Lime Green.

Mechanically, the updated Versys remains the same as the outgoing model with its 649cc, liquid-cooled, twin cylinder engine producing 66PS and 61Nm. It will also feature ‘Kawasaki Traction Control’ (KTRC), a two-level traction control system. This system can also be switched off completely, only if you’re slightly experienced should you do it.

A new TFT display with Bluetooth connectivity winds up the new Versys 650’s list of updates. This bike will continue to be sold as a CKD unit (completely knocked down). Our sources reveal that the updated Versys 650 could see a price hike of almost Rs 50,000 – Rs 70,000. The current bike is priced at Rs 7,15,000 (ex-showroom Delhi).