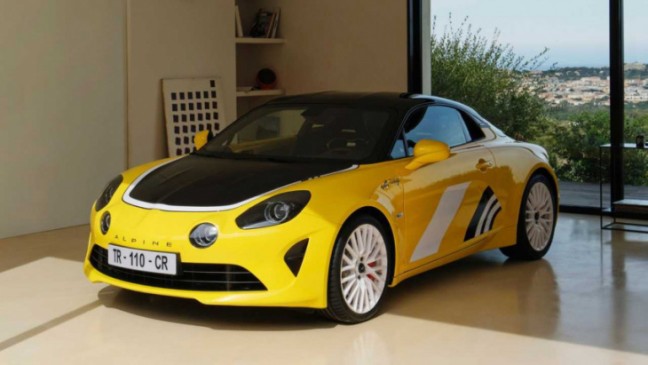 This year’s nominees include manic hypercars, racecars, a super van, and a mini-Batmobile that set a new track record

Last year’s Goodwood Festival of Speed in Sussex, UK had quite the triumphant return after a COVID-19 related hiatus, and the recent 2022 edition continued to build on that. Like always this event is pretty much Disneyland for the Brits, with a vast lineup of cars ranging from ancient classics, the latest unveils, racecars as well as manic concepts. But of course there are those cars that stand out from everyone else. Here’s our pick of the ones that made headlines at Goodwood:

We kick things off with Mercedes bringing in its cutting edge, championship-winning F1 tech to the street. Enter the AMG One hypercar which finally showed up in production form after its concept debuted in 2017. The F1 factor comes in the form of a 1.6-litre turbo V6 engine, which combined with four electric motors makes a whopping 1063PS. Add on a 7-speed automated manual and all-wheel drive and the One can hit 0-100kmph in under three seconds, with a 325kmph top speed. Of course speed isn’t everything as the hypercar also gets performance wizardry such as active aero and a carbon fibre body to make it a beast around a racetrack.

When we’re talking about doing 0-100kmph sprints in mere seconds, most would agree we’d be doing it in a sleek, sporty speed machine. Well Ford is here to tell you, you can do this in a minivan, called the SuperVan. Combine four electric motors and you get 2000PS of pure electric fun, juiced up by a 50kWh battery pack and a 0-100kmph sprint in just under two seconds. It even looks the part with an aggressive body kit which includes bold skirts, muscular bumpers and a massive rear wing.

Remember the McMurty Spierling, aka the mini Batmobile, that showed up last year? Well it’s now the fastest car on the Goodwood hillclimb. Piloted by ex-F1 driver Max Chilton, the Spierling did the hillclimb in 39.08 seconds, beating the McLaren MP4/13 F1 record of 41.6 seconds set all the way back in 1999.

More importantly, the Spierling is an electric sports car, juiced up by a 60kWh battery pack and a full-carbon body weighing under 1,000kg to hit 0-100kmph in under 1.5 seconds and 300kmph in just 9 seconds. It also offers a WLTP-claimed range of more than 560km.

Last year Lotus did a final hurrah for pure ICE cars with the Emira. This year’s edition saw it showcase its first all-electric SUV, the Eletre. Despite it being a behemoth and taking some inspiration from the Lamborghini Urus in design, it’s quite potent on paper, making 600PS, more than enough to keep traditional ICE super SUVs honest.

Sure, Pagani hasn’t really been on the scene in recent years, but the Italian supercar brand reminded us at Goodwood that when they show up, everyone’s got their eyes on them. Their latest contraption is  a new iteration of the Huayra supercar called the Huayra Codalunga which gives you the same 840PS of V12 thrills as the original supercar, but in a much smoother, long-tail bodywork form. It’s also quite a rare supercar, with only five being made, and all of them already sold out. Typical.

We know Formula E’s heading into the new Gen3 era of cars for next year, and Mahindra Racing have showcased what the Gen3 car will look like in the team’s colours at Goodwood. Compared to the current car which was displayed alongside it, the M9Electro adds a lot more grunt, debuts AWD route for the first time with 250kW front-mounted electric powertrain, relies more on energy regen, gets a fighter jet-styled design and is made out of sustainable materials.

Porsche stole the motorsport show at Goodwood by pretty much showcasing its return to the FIA World Endurance Championship via the 963. This beast packs in a 4.6-litre twin-turbo V8, combined with a hybrid system from Williams Advanced Engineering and Xtrac, to make up to a combined 680PS. It’ll compete in WEC’s LMDh category, as well as the IMSA WeatherTech SportsCar Championship.

What’s a Goodwood without a unique reveal? That’s exactly what Hispano Suiza, a carmaker that’s not been heard of since 1946 did with the Carmen hypercar. What’s unique about this is that it brings in the retro vibes of the classic 1930s while technologically being futuristic running on all-electric power. Speaking of EV power, its hypercar-level, with two electric motors pushing a combined 1,020PS to all four wheels. That’s enough to pull a 0-100kmph sprint in just under three seconds.