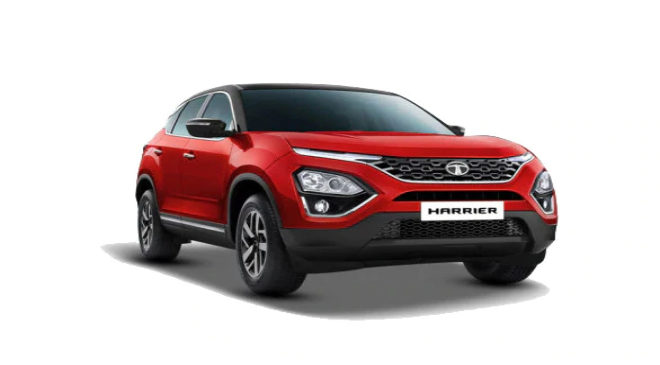 The Tata Harrier portrayed the carmaker’s second innings in terms of design upgradation. The SUV debuted with the Impact 2.0 design language, and with the new baselines, it debuted with a very appealing design. The Harrier has been in the Indian market since 2019. And after spending good three years in the Indian market, the indigenous mid-size SUV is expected to receive a mid-cycle update sometime soon. Well, if we go by the pattern that Tata Motors follows, the Harrier facelift could don a Curvv Concept-inspired front fascia. Interestingly, a rendering from SRK Designs gives a perspective of what it may look like.

As can be seen in the rendering, the front end of the Harrier has been completely revamped. It now dons a Curvv-inspired super-slim radiator grille that neatly gels with LED DRLs. Lower down, the front face gets a new bumper as well, which houses the main headlamp assembly, which also draws inspiration from the Curvv Concept.

While the outgoing model has a more rounded bumper profile, the facelifted avatar in the digital render uses squared-off elements. Also, the designer has used a more pronounced scuff plate. The silhouette remains unchanged, but a set of new alloy wheels manage to add some freshness to the side profile.

As of now, Tata Motors hasn’t announced any of its plans to launch the Harrier facelift in the Indian market. However, the carmaker is likely to introduce the SUV with a turbo-petrol motor. With the new petrol variants, Tata Motors will be able to sell more units of the Harrier. In fact, the petrol motor will be used on the Harrier’s 7-seat sibling – Safari.

Currently, the Harrier is available with a 2.0L oil burner motor that generates 170 PS of peak power and 350 Nm of max torque. The mid-size SUV can be bought with either a 6-speed MT or a 6-speed torque converter automatic gearbox. The latter is sourced from Hyundai. Talking of prices, the Harrier starts from Rs 14.64 lakh, ex-showroom.