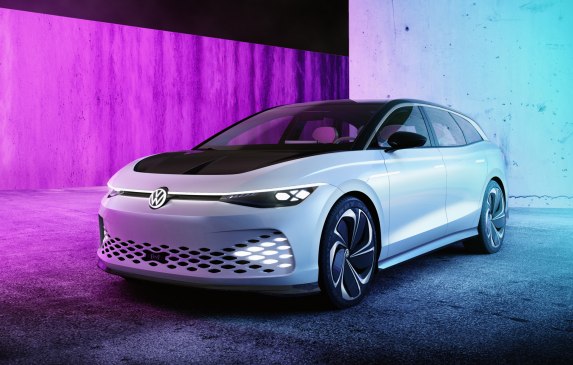 The ID.Aero will go on sale first in China and boasts a WLTP-claimed range of 620km from its 77kWh battery pack

This is the Volkswagen ID.Aero, the German carmaker’s latest electric sedan concept. The production version of this model will be revealed in the second half of 2023 and it will first be sold in China. But before we get going about its technicalities, we must admit that VW does know a thing or two about designing sedans as the ID.Aero looks hawt, even though it is a concept.

Those familiar with Volkswagen’s ID. cars will notice that the sedan boasts plentiful familiar design cues. The sleek LED headlamps with the DRLs running all the way to the logo is very much new age Volkswagen. Below it, the boldly styled bumper with the three small vertically styled fog lamps adds to the sportier look.

In profile, the ID.Aero boasts a sleek fastback silhouette with minimalist lines and a clean look. And to keep the sedan as efficient as possible, conventional door handles have not been replaced not by pop out ones, but illuminated touch surfaces that open the doors via a touch. Adding sportiness to the overall design are the 22-inch turbine-like alloys.

The sharply sloping roofline neatly flows down to the fastback-like tailgate with connected LED tail lamps, once again familiarly VW. A minimalist rear bumper rounds off the overall design.

The ID.Aero will be based on Volkswagen’s MEB electric car platform that supports various body styles. And while detailed specifications aren’t out, the carmaker is saying it will do 620km (WLTP-claimed) from a single charge of its 77kWh battery.

More details about the ID.Aero will flow in in due course of time as the electric sedan will go on sale first in China in 2023 before making its way to the European and US markets. In India, the carmaker’s Czech cousin, Skoda, has begun testing the Enyaq iV, which is expected to be launched when the time is ripe.