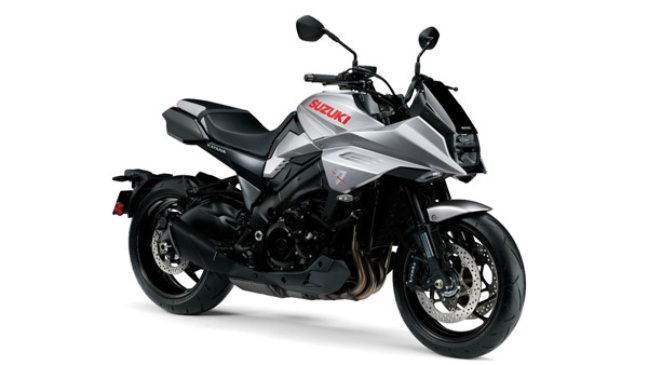 What’s Its Price? Who Are Its Rivals?

The Suzuki Katana has been priced at Rs 13.61 lakh (ex-showroom Delhi). This makes the Japanese streetfighter almost Rs 2 lakh cheaper than its closest rival, the BMW S1000R. The Katana will be available in two colours: Metallic Matte Stellar Blue and Metallic Mystic Silver.

Suzuki revived the iconic ‘Katana’ moniker in 2018. This neo-retro streetfighter is a modern-day rendition of the original 1981 model. Suzuki has used its fabled K5 999cc, inline-four liquid-cooled motor producing 152PS at 11,000rpm and 106Nm at 9250rpm.

To back up that performance, the Katana packs a KYB USD fork and monoshock, both offering compression, rebound and preload adjustability. For braking, Suzuki has deployed Brembo Monoblocs clamping onto twin 310mm discs up front and a single disc at the rear.

Electronic package on the Katana includes a five-stage traction control system along with the option to completely switch it off, Suzuki Drive Mode Selector, a quickshifter, ride-by-wire, low rpm assist and Suzuki’s Easy Start system.

The Suzuki Katana is a unique offering in this segment, and thanks to its stellar pricing, helps strengthen the Japanese brand’s foothold in the big bike segment. Until now, the Hayabusa has been Suzuki’s ace in the premium segment. But now, can the Katana change that? Let us know in the comments.