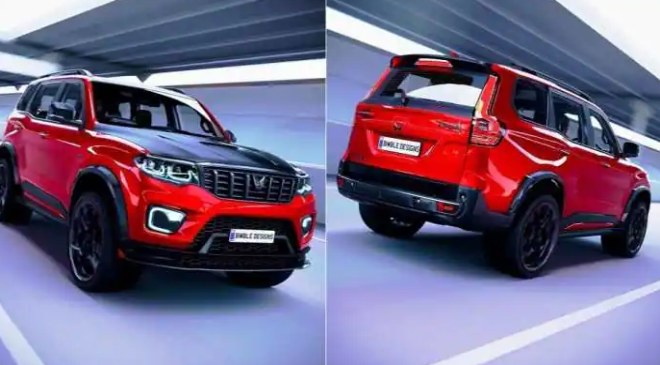 The Mahindra Scorpio-N is launched in the country, and test drives of the new indigenous SUV will begin from today onwards. The company will start accepting the bookings for the SUV by the end of this month. However, the craze around the new Mahindra Scorpio-N is high. Enthusiasts can be seen sharing a lot about the SUV on social media platforms. In fact, digital artists are coming up with their imagination of the SUV. Recently, we came across an Instagram post from Zephyr Designs, which showcases a sports edition of the new Scorpio-N. The designer has also uploaded a video of the digital modification on his YouTube channel.

Moving over to the changes that the Mahindra Scorpio-N Sports Edition possesses in the picture, there are a slew of them to talk about. Kicking off from the nose first, the SUV gets a revised front bumper with a larger air dam. A splitter is also added around the chin, which replaces the skid plate seen on the regular iteration. Besides, a carbon fibre hood is used, which even gets a functional air scoop, much like the last-gen model.

The designer has incorporated side skirts on this digitally-modified 2022 Mahindra Scorpio-N, which certainly accentuates its overall appeal. Furthermore, a set of 20-inch rims do the duties here, and they are shod with low-profile rubber. Other changes include a revised design for the door cladding. In summation, the Scorpio-N looks really crisp in this rendering.

We will be excited to see Mahindra taking some inspiration and introducing a thorough-bred sports edition of the SUV in the Indian market. With a 2.0L mStallion turbo-petrol motor, it already has enough power on reserve. A total of 200 horses is what the motor churns out. Moreover, the new Mahindra Scorpio-N handles well.