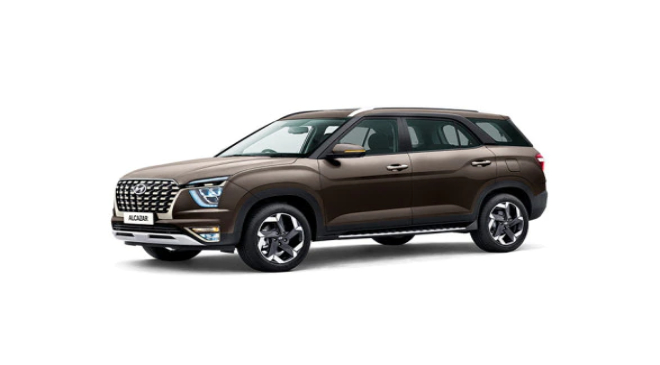 These new base variants get downgraded features and a massive Rs 55,000 drop in price tag

Hyundai India has launched four new entry-level variants of the Alcazar with the ‘Executive’ tag after them. These new variants replace the older ones and get downgraded features as well. They are offered with the petrol-manual, diesel-manual, and the diesel-automatic powertrain options like before. Also, the prices of these variants have gone down as illustrated in the table below:

The new base variants are now Rs 55,000 more affordable than before. However, they now get downgraded equipment, such as:

Rest of the features are the same as the older Prestige variant and you can read about it in our detailed variants explained story.

The Hyundai Alcazar continues with the 159PS 2-litre petrol and 115PS 1.5-litre diesel engines, teamed with either a 6-speed manual or an automatic transmission. To know our drive impressions about Hyundai’s three-row SUV, check our in-depth first drive review.

We suspect this move could have been done due to the global semiconductor shortage. Plus, competition for the Alcazar is stiff with the Mahindra Scorpio N/XUV700, Tata Safari, MG Hector Plus, and the Kia Carens.