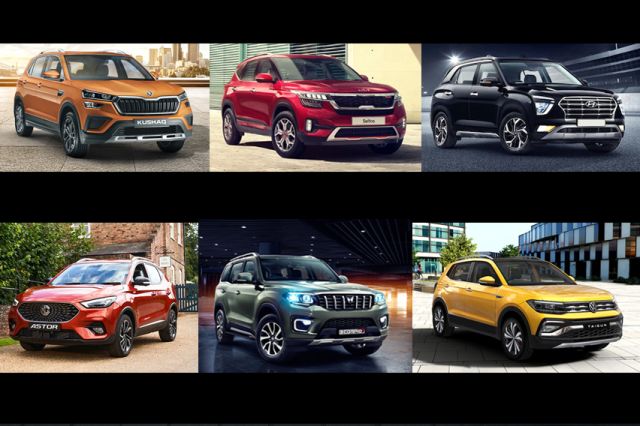 This year’s second half kicked off with news on SUVs in domestic and international markets. We also got insights into the new testing procedures of Global NCAP and more dough on upcoming models.

Here’s all the car news that unfolded over the past week:

Maruti is gearing up for the unveiling of its Creta rival on July 20, which will likely be called the Grand Vitara. The compact SUV will debut the strong-hybrid tech for the carmaker, which will also be introduced in the marque’s future models. Maruti’s Hyundai Creta rival will come with the choice of a mild-hybrid and a strong-hybrid powertrain. Its Toyota counterpart, called the Urban Cruiser Hyryder has already been unveiled.

The MG Astor Gets Affordable, But There’s A Twist

MG has scrapped a few of the Astor’s safety features with the petrol-manual trim, giving it four new comparatively frugal variants. An ‘EX’ suffix is added to the concurrent trims, which will continue to be retailed alongside the new variants. You can check out the quantum of price difference and the deleted safety features here.

It feels like aeons since Maruti first debuted the Jimny in the country back at the 2020 Auto Expo. But, the 5-door version of the Jimny was spied in Europe for the very first time. Prior to the arrival of the spy shots, Maruti India’s executive director had confirmed that plans are being finalised for Jimny’s India launch, meaning that the spied model could well be the India-bound version.

Mahindra has confirmed that the all-electric XUV300 will be called the XUV400 electric and that it will debut the battery-powered SUV in September 2022. It is based on the same platform as its ICE-powered counterpart, but will be longer at around 4.2-metres. Its output figures and range are expected to be on a par with the Nexon EV Max, which will be its arch-rival.

After being delayed due to the global semiconductor shortage, the Volvo XC40 Recharge is finally ready for its India launch on July 26. The marque’s first all-electric SUV will be assembled locally at its Hosakote plant in Karnataka. The EV packs dual electric motors with an output of 408PS and it comes with a WLTP-claimed range of 418km.

After its global debut a week ago, the Toyota Hyryder has now made its way to dealerships. Pre-bookings for the compact SUV are also underway and you can check out its variants-wise features in our story.

Special Edition For The Nissan Magnite

With over 1 lakh bookings and more than 50,000 deliveries since its inception in December 2020, the Magnite has been the flagbearer for Nissan in the country. To mark this milestone, Nissan has started taking bookings for a new ‘Red Edition’ of the Magnite, which will be launched on July 18. Based on the XV variant, it gets a bunch of design updates and new creature comforts including a wireless phone charger and ambient mood lighting (previously limited to the optional Tech pack).

The more stringent crash testing methods fo the Global NCAP crash tests have been implemented this month. Meanwhile, MG showcased an all-new EV called the MG4, which is based on the marque’s new Modular Scalable Platform (MSP). In addition, the BMW i4 secured a four-star safety rating in the Euro NCAP crash test.