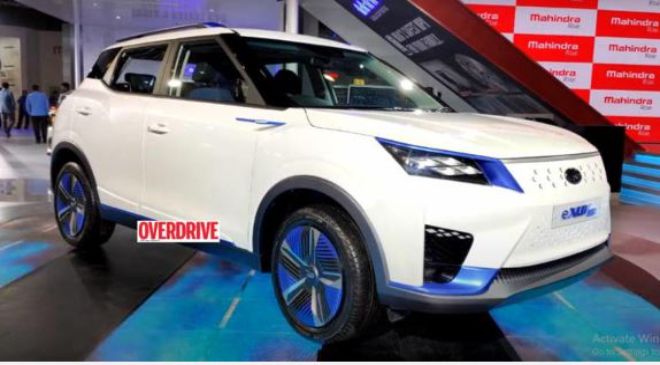 The first product from the new EV division that Mahindra is creating will be the electric version of the Mahindra XUV300. This SUV is being renamed the Mahindra XUV400 and will be unveiled in September.

The Mahindra XUV400 will get a new high-voltage EV architecture named the MESMA 350 (Mahindra Electric Scalable Modular Architecture). The Mahindra XUV400 electric is expected to be powered by a 40kWh battery, giving it a power output of 132PS, with a range of about 300Km in a single charge. The eXUV300 will go up against the Tata Nexon EV Max and the MG ZS EV and should charge a similar Rs 2 to 3 lakh premium over the standard car.

The XUV400 won’t be a born EV but will be based on a reworked version of the standrad XUV300. It could well get the longer bodywork of the international spec Ssangyong Tivoli to pack in a larger battery and may also carry some visual differentiation, aside from an EV-focused colour theme and blanked-out grille.

Mahindra has also announced that it will be hiving off its electric four-wheeler operations into a new entity. This new company is valued at Rs 70,070 crore after a Rs 1,925 crore investment from British International Investment. Pos the XUV400, this firm will launch three other EVs, which will be previewed in concept form on August 15.

This new entity will handle the sales, marketing and servicing of these new EVs but will lean on Mahindra’s existing infrasturcture heavily. Production of these EVs will still be handled by Mahindra and Mahindra while Mahindra’s research and development organizations in Chennai, Detroit etc will be responsible for developing these EVs as per the firm’s needs. The Mahindra EVs will also be sold through the existing Mahindra network, although the EV fiem may eventually decide to set up standalone electric-only sales points. The eleadership team will also be lead by Rajesh Jejurikar with a council of current Mahindra executives and a CEO.