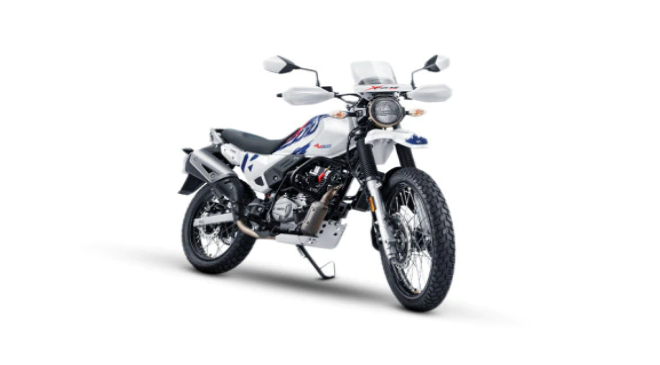 Hero MotoCorp has finally unveiled the 2022 XPulse 200 4V Rally Edition at Hero’s off-road event in Coimbatore. The upcoming bike is a more hardcore, rally-inspired variant of the XPulse 200 4V, which will flaunt the rally kit as a standard. Apart from this, Hero has also revealed that the existing XPulse will receive an updated rally kit for more off-road biased riding.

In terms of appearance, the Rally Edition gets a muscular fuel tank design, flaunting a new triple-tone livery. It comes painted in white, black and red colours with the Hero logo stickered on the sides of the tank, followed by red and black graphics continuing to the rear of the bike. The Rally Edition misses out on the flat rally seat and instead features the sculpted one-piece seat from the standard bike. This could be beneficial for amateur off-roaders who may find the rally seat to be a bit too tall.

A type approval document leaked in June 2022 revealed the dimensions of the upcoming model. The biggest change on the Rally Edition is the wheelbase which is 17mm longer than the stock XPulse 200 4V and 8mm longer than an XPulse equipped with the Rally kit. This could be courtesy of the updated suspension setup, which would lead to changes in the steering geometry induced by the longer suspension travel.

The height has also increased by 12mm at 1320mm on the Rally Edition, along with an extended length of the bike. Check out more details on the dimensions here.

In terms of powertrain, the bike is likely to be powered by the same 199.6cc engine, single-cylinder, oil-cooled engine, producing the same 19.1PS and 17.35Nm.

The base variant of the XPulse 200 4V costs Rs 1,35,978(ex-showroom Delhi), and slapping on the rally kit is an additional Rs 46,000. That said, we expect Hero to launch the Hero XPulse 200 4V Rally Edition in the next couple of weeks at an expected price tag of around Rs 1.8 lakh (ex-showroom).