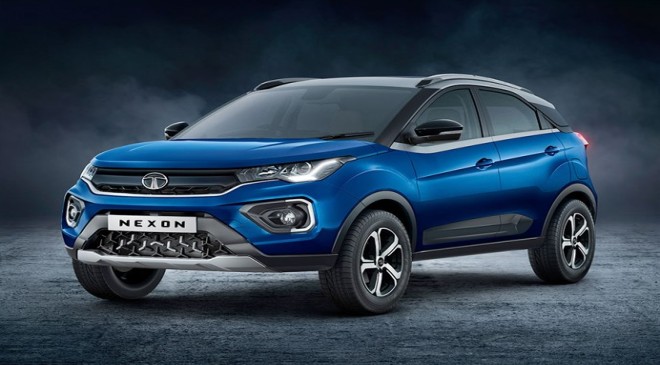 The c-segment SUV space is the new dart board in the Indian automotive industry, where every carmaker wants to hit the bull’s eye. In case they happen to miss out on hitting the board point blank, they can still make handsome numbers from it because of the volumes it holds. Now, Honda is readying its new mid-size SUV, which will soon be seen locking horns with the likes of Hyundai Creta, Kia Seltos, MG Astor and more. Internationally, the production version of the SUV RS Concept will sit below the HR-V.

Coming to the styling, the SUV in the pictures gets an upright nose with a flat and high-set bonnet. The radiator grille features chrome embellishments. Also, it is flanked by slim LED headlamps on both ends. The bumper features a prominent chin, thanks to the aluminium scuff plate, while the fog lamp housings aren’t boring-looking either.

The rear-end of the leaked vehicle sports wraparound tail lamps with c-shaped highlights. Furthermore, the boot is free from any form of sharp cuts and creases. Like the front bumper, the rear unit also gets a silver scuff plate.

The SUV RS could make its way to the Indian market with engine choices. There could be a 1.5L NA petrol power plant borrowed from the City, along with the Honda’s staple 1.5L oil burner. For transmission options, expect Honda to offer a 6-speed MT and CVT.

Sadly, Honda hasn’t confirmed if it is also developing a new sub-4m compact SUV to rival the likes of Tata Nexon, Maruti Suzuki Brezza, Hyundai Venue and more. Also, if the design cues of the SUV RS Concept will influence the styling of the company’s compact SUV if it is planning to bring any. However, a mid-size SUV from the Japanese carmaker is on cards, and it is internally codenamed 3RA.