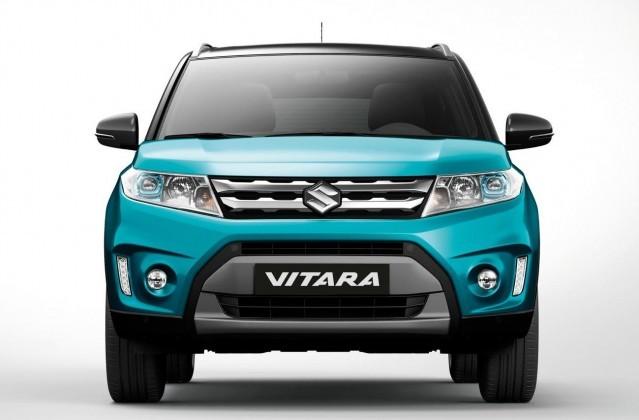 The upcoming New Maruti Suzuki Grand Vitara has again been teased ahead of its global debut on July 20, this time revealing the rear profile of the mid-size hybrid SUV, which happens to be the first strong hybrid SUV from the India’s largest carmaker. The company has gradually started revealing the upcoming Grand Vitara SUV for the Indian market and release its first teaser recently revealing the front profile of the SUV. It is to be noted that the new SUV will be sold only at the Nexa premium dealership of the company and can be booked with a token amount of Rs 11,000.

Based on the silhouette revealed in the teaser, the outlines of the Maruti Suzuki Grand Vitara show striking similarities with the recently unveiled Toyota Hyryder hybrid SUV. Based on the teaser video, the Grand Vitara gets grey-coloured treatment over the window. In addition, the roof rails on the new upcoming mid-size SUV also seemed to have a grey finish.

Based on the teasers revealed earlier, the Maruti Suzuki Grand Vitara is also expected to get a newly designed front and rear end in sync with the company’s design language. The front end is expected to have LED DRLs and indicators with a new grille to match the SUV persona. In addition, the new SUV is expected to share body panels with the Toyota Hyryder.

Furthermore, the Maruti Suzuki Grand Vitara is expected to be loaded with modern features. The SUV is expected to have features like a heads-up display, a panoramic sunroof, a 9-inch infotainment touch screen and a 360-degree camera, much like the recent launches from the Indian automaker.

Expectations are that two engine options will be available for the new Maruti Suzuki Grand Vitara SUV: a 1.5L K15C petrol with mild hybrid technology and a 1.5L TNGA Atkinson cycle petrol with strong hybrid technology, both sourced from Toyota. The available transmissions include a 6-speed torque converter and a 5-speed manual. All-wheel drive (AWD) will also be an option for the mild hybrid vehicle.