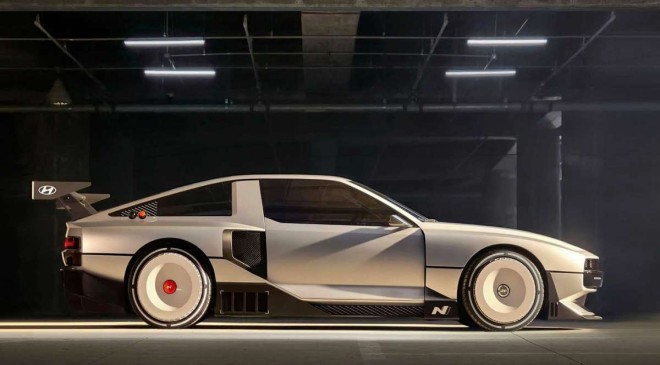 Few automakers do concept cars as well as Hyundai.

Concept cars come and go, and we tend to forget about a lot of them. Some are weird, others are awesome, and more often than not, very few of the best ones actually reach production. Over the past 10 years, though, you could argue that no automaker has built as many beautiful concept cars as Hyundai. And that string of success continued with the introduction of its two most recent jaw-droppers, the RN22e and the N Vision 74.

But what is the best Hyundai concept car of the past decade? And where do the others rank behind it? In this very un-scientific list, we’ve picked our 10 favorite Hyundai concept cars of the past 10 years and ranked them in order of coolness. Some of these vehicles have previewed or will preview actual production cars, while most of the others were just fun feats of engineering. Either way, they’re all worth remembering.

Some Of Hyundai’s Best Concepts:

Of all the concepts on this list, the Santa Cruz is one of the few that made it to production – and with much of its concept styling still intact, surprisingly. Still, the Santa Cruz concept wowed crowds at the Detroit Auto Show in 2015 with its radical compact truck styling, lime green accents, and large sporty wheels. A few things did change in the transition from concept to production, but this concept was an exciting look at what was to come.

Following up on the successes of the RM15 and RM16 concepts before it, Hyundai released the RM19 concept at the 2019 LA Auto Show – and heck, they even let us drive it. The mid-engined, Veloster-based “Racing Midship” took seven years of development to perfect and debuted with a turbocharged 2.0-liter engine packing 390 horsepower and a six-speed sequential racing gearbox. And yes, it drives as beautifully as it looks.

The name “Pony” dates back to 1975 within the Hyundai lineup. Back then, this car was a compact, rear-wheel-drive sedan with a whopping 67 horsepower on tap. But the 2021 Hyundai Pony concept, unveiled at the Hyundai Motor Studio in Busan, Korea, is a modern interpretation of that oft-forgotten vehicle. It packs a fully electric powertrain, updated exterior styling – complete with Parametric Pixel light fixtures – and a fully retro but still futuristic interior. It’s pretty awesome.

Just like the Pony, the Hyundai Grandeur concept is another awesome throwback. The first Grandeur joined the Hyundai lineup in the mid-1980s before transforming into the Azera overseas (or the Sonata for us Americans), which still exists today. This version, though, honors the 35th anniversary of the original Grandeur, with a modern electric powertrain, a sharpened exterior, and a fully retro cabin.

Remember the Hyundai Genesis Coupe? Of course you do. This 2013 concept was supposed to preview the next Genesis Coupe and introduce the world to a brand-new two-door design language. It debuted at the Seoul Motor Show in Korea with a turbocharged 3.3-liter engine good for 362 horsepower, but it never reached the production line, sadly. Who knows, maybe Hyundai will revisit the HND-9 concept in a few years.

The most recent concept on this list (along with another one, of course), the RN22e actually does preview a future production model. Keen eyes should be able to tell this is essentially a Hyundai Ioniq 6 with aggressive bodywork and N logos abound. But it’s still awesome, and the concept packs a 577-horsepower electric powertrain to go with its insane looks.

The Hyundai Prophecy – as its name implies – offered a preview of things to come. Introduced in 2020, and touted as the ‘Ultimate Automotive Form’ by its designers, eventually the Prophecy lead to the production Ioniq 6. But the stunning form of the original concept still makes it one of the best Hyundai designs of the past decade.

Whereas the Hyundai RM19 and the other RM concepts before it were Veloster-based, the 2016 RN30 concept built upon the i30 hatchback, a car we don’t get here in the States. Introduced at the Paris Motor Show, the RN30 packed a 2.0-liter turbocharged engine with a peak output of 375 horsepower, a race-ready interior, and an aggressive hatchback design that (arguably) made the RM concepts look tame by comparison.

Hyundai has never built a supercar, at least not one you could buy. The Hyundai N 2025 Vision Gran Turismo concept from 2015 was the closest we’d ever get to a high-end hypercar with a Hyundai badge on the hood. One of many, many concepts built for the Gran Turismo video game, the Hyundai Vision GT packed a theoretical 872 horsepower and could hit 60 miles per hour in less than three seconds. And it looked properly tough.

The latest Hyundai concept car is also, without a doubt, the greatest. Designers took the sharp, classic lines of the Pony coupe and transformed it into a ridiculously cool retro-futuristic concept with 671 horsepower, all powered by a hydrogen fuel cell and two electric motors. The bad news is that Hyundai almost definitely won’t build one for you to buy – but with a decade worth of decidedly awesome concepts already under its belt, hopefully Hyundai has even more in store for the next 10 years.