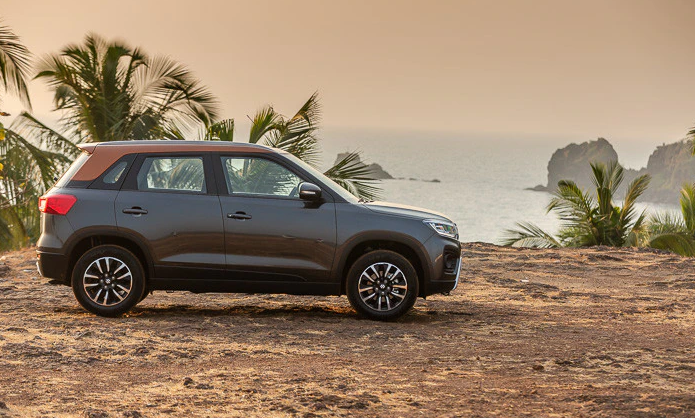 While the former, despite being new, has a familiar moniker, the latter is an all-new offering for India

July 20 is set to be an action-packed day as Maruti Suzuki and Citroen have two new products lined up. For Maruti, it’ll be the unveiling of the 2022 Grand Vitara compact SUV, while Citroen will launch the C3, its first mass market offering after the C5 Aircross. Here’s a low-down on what to expect from these two new products:

Essentially the Maruti version of the recently unveiled Toyota Urban Cruiser Hyryder, the compact SUV, with its arrival, will mark the return of the Grand Vitara name since 2013. That said, the compact SUV will have its own design identity as hinted in earlier teasers.

While cabin differences will be kept to a minimum, the Grand Vitara will be loaded with bits such as a 9-inch infotainment touchscreen, a digital driver display, Android Auto and Apple CarPlay, a head-up display, connected car tech, ventilated front seats, a panoramic sunroof and an Arkamys-tuned sound system.

Bookings are already open for a token amount of Rs 11,000. Prices should likely start from Rs 9.5 lakh (ex-showroom) and the compact SUV will rival the likes of the Hyundai Creta, Kia Seltos, Skoda Kushaq, VW Taigun, MG Astor, as well as the Toyota Urban Cruiser Hyryder.

The C3 will be Citroen’s latest offering for India after the C5 Aircross and it will be offered in two variants: Live and Feel. While Citroen terms it as a hatchback, the body cladding gives it a crossover vibe. The cabin is straightforward, with optional colour inserts on the dashboard giving it a nice contrast. Key features will include a 10-inch touchscreen infotainment system with Android Auto and Apple CarPlay connectivity, steering-mounted controls, three USB sockets, a 12V socket and a smartphone clamp.

Under the hood, the C3 will come with 82PS naturally aspirated and 110PS turbocharged 1.2-litre petrol engine options. The former will be paired to a 5-speed manual while the latter will get a 6-speed unit. An automatic gearbox option is expected to arrive at a later stage.

Official bookings are open for the Citroen C3, with prices likely to start from Rs 5.5 lakh (ex-showroom). At this price range, its rivals will include hatchbacks such as the Maruti Suzuki Swift and Hyundai Grand i10 Nios as well as sub-4 metre SUVs like the Nissan Magnite and Renault Kiger.