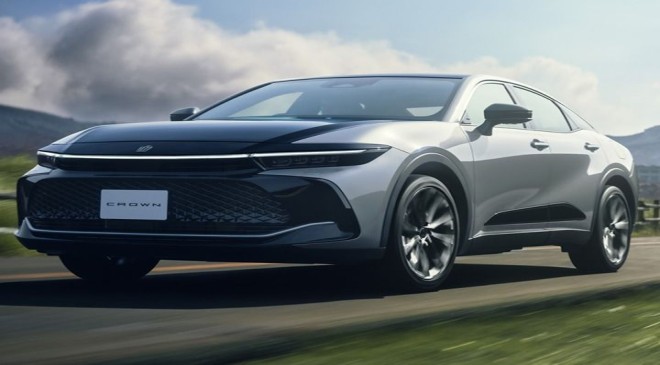 The upcoming Toyota Crown’s details and prices are already out in the marque’s home market of Japan and it has come to light that the crossover will get two customisation packages – Modellista and GR – with multiple modification and accessorisation options. The hybrid crossover is expected to be launched in Japan around September and soon after, it’ll go on sale in other countries as well.

Modellista offers the aero package which comprises side skirts, a front splitter, body-coloured cladding and a rear bumper skirt. The ‘Cool Shine’ pack includes chrome trim bits and a front grille garnish. Each of the features and accessories will be available to purchase individually as well.

The Gazoo Racing (GR) package offers functional modifications, too, such as 21-inch cast aluminium wheels and a front strut bar. Of course, it gets exterior modifications such as a front splitter, rear spoiler, blacked rear bumper skirt and black side mouldings. Note that the GR package doesn’t get you any performance improvements.

Toyota’s upcoming flagship will reportedly be sold in around 40 countries, but it’s not likely to make it to India anytime soon. The Crown will be launched in SUV, estate and sedan body styles in global markets in the near future.