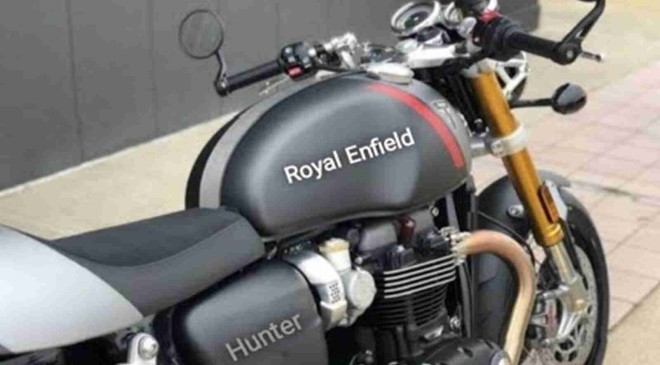 Spy shots confirm that it will be available in two variants

Royal Enfield is gearing up to launch its upcoming roadster, the Hunter 350, early next month. Dealers too look to be bracing themselves to welcome this bike as multiple units of this roadster have been spied undisguised for the first time at a dealer yard in Chennai.

The spy shot reveals that the Hunter 350 has shed a lot of mass in comparison to Royal Enfield Classic 350 and Meteor 350. A leaked type approval document also reveals that this new roadster will be the smallest and lightest motorcycle to roll out of Royal Enfield’s stable. This should make the bike quick on its feet, and in theory, result in better manoeuvrability when compared with other RE bikes.

The roadster shares the same platform as the Meteor 350 and Classic 350 and is powered by the same 349cc, air-cooled engine paired to a five-speed gearbox. The leaked type approval document reveals that the Hunter 350 too produces 20.2PS at 6100rpm. The torque figures however have not been revealed although it is likely to be the same 27Nm like its siblings.

The Hunter 350 was also spotted on test runs with multiple touring accessories. Click here to check out the list of accessories the test mule was fitted with. While the Hunter 350 spotted in the dealer yard features an offset instrument console, the test mule also had a pod for the Tripper navigation assist, thus indicating that the feature could be offered as an accessory.

The Hunter 350 is expected to arrive with a starting ex-showroom price tag of around Rs 1.7 lakh. At that expected price, it will be the most affordable Royal Enfield bike based on the J-series platform. It will rival the likes of the Jawa Forty Two, Honda CB350RS, TVS Ronin, and also the upcoming Triumph-Bajaj 350 bike.