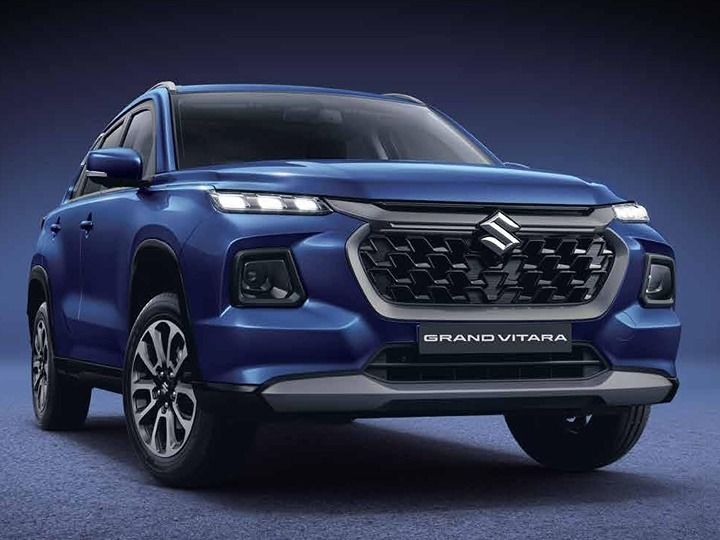 The newly unveiled Maruti Suzuki Grand Vitara 2022 has just been showcased in the Indian market, with the flagship SUV from the house of India’s largest carmaker making its global debut. The New Maruti Suzuki Grand Vitara is developed under the partnership with Toyota Motor Corporation to produce cars which will be mutually sold by both the Japanese auto giants with different names and certain changes. On the similar lines, the Maruti Suzuki Grand Vitara is based on the Toyota Urban Cruiser Hyryder mid-sized strong Hybrid SUV. The new Vitara comes in a 5-seater configuration and will be sold through the NEXA range of dealerships, pitching the vehicle as the most premium offering from the Maruti yet.

Now a digital artist going by the name SRK Designs has digitally imagined the newly unveiled Maruti Suzuki Grand Vitara 2022 as a 7-seater SUV by increasing the rear overhang and giving it a more MPVish look, similar to the lines of Hyundai Creta and Hyundai Alcazar. Since Creta is a direct competitor to the Grand Vitara, it makes sense for Maruti Suzuki to bring a 7-seater version sometime later and hence, this rendering is not just a figment of imagination, but possible understanding of a future SUV.

As seen in the rendering, the Maruti Suzuki Grand Vitara 7-seater version gets an increased out body length to accomodate additional row of seating inside the cabin and can very well be called the Grand Vitara XL. Currently, Maruti Suzuki is retailing the 6-seater XL6 from the NEXA dealerships and doesn’t have a 7-seater product in the portfolio, apart from the Ertiga, which is sold through ARENA dealerships, pitched as more value-for-money offering.

The Maruti Suzuki Grand Vitara uses a monocoque chassis, and it will be sold with both mild-hybrid and strong-hybrid powertrain options. Furthermore, the Grand Vitara gets the title of the most fuel-efficient SUV in the country rated at 28 kmpl. Since Maruti Suzuki has confirmed that the production of the SUV will start in August, a festive-season launch is expected.

The Grand Vitara is Maruti Suzuki’s first strong-hybrid car in the Indian market ane gets a 1.5 litre, 4 cylinder unit that’s paired with an electric motor and an eCVT automatic gearbox. The mild hybrid motor is the K15C unit that makes 102 Bhp and 135 Nm, and is offered with 5 speed manual and 6 speed torque converter automatic gearbox options.

3-point seatbelts for all seats

Paddle shifters (AT only)

Side and curtain airbags