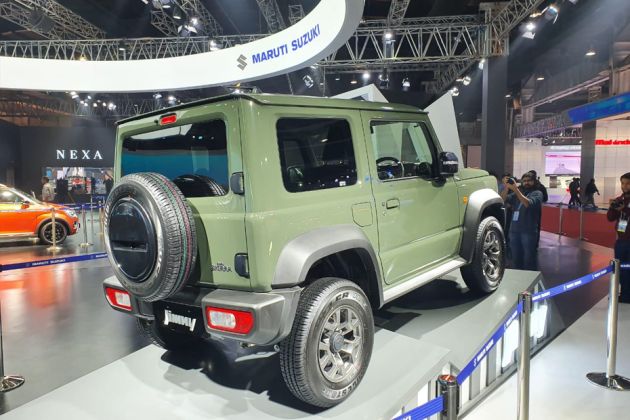 The Jimny Sierra 4Sport is limited to just 100 units

While we wait for the five-door Maruti Jimny to arrive in India, Suzuki Brazil has flexed its creative muscle with a new limited-edition Jimny Sierra 4Sport. The 4Sport variant gets an array of modifications that make it a better off-roader. On the downside, the 4Sport variant is limited to just 100 units in the Brazilian market.

How is the Jimny Sierra 4Sport different from the standard Jimny?

At first glance, you can easily spot exterior modifications such as the off-roading front bumper, snorkel air intake, roof rack and a pair of bright blue towing hooks at the front and rear. It has blacked-out alloy wheels shod with chunky all-terrain tyres and side rails (rock sliders) below the door sills.

The off-roading bumpers give the Jimny approach and departure angles of 31 and 40 degrees, respectively, compared to the stock Jimny’s 37 and 49 degree angles.

Read More:-Yamaha Turns On The Dark Mode For The MT-03

And if you still can’t differentiate between the 4Sport and standard Jimny, Suzuki has added retro blue ‘4Sport’ stickers on the doors.

Mechanically, the Jimny Sierra 4Sport is unchanged from the standard Jimny. It’s powered by a 108PS/138Nm 1.5-litre petrol engine paired with a 4-speed automatic transmission and AllGrip Pro 4×4 system.

The Suzuki Jimny Sierra 4Sport is a proper factory-built off-roader that’s sure to become the envy of petrolheads around the world. It costs the equivalent of Rs 27.3 lakh in Brazil – just a tad pricier than the top-spec Jimny. In India, Maruti Suzuki is developing a five-door version of the SUV, expected to launch in early 2023.