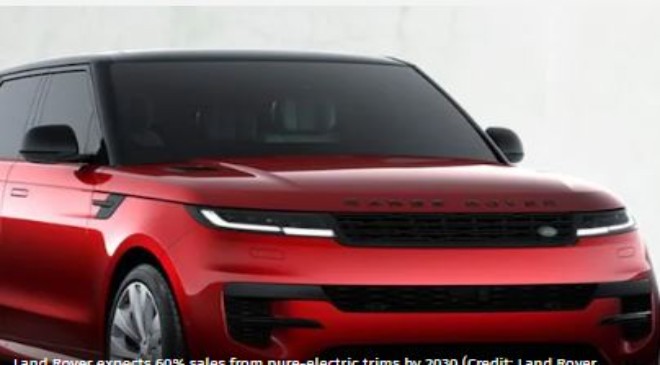 Jaguar Land Rover expects 60 percent of its brand Land Rover’s sales across the globe to come from pure-electric trims by 2030. The Tata Motors-owned luxury carmaker plans to add at least six pure-electric variants to be part of the Land Rover portfolio starting in 2024.

The British automaker has already confirmed a pure-electric new Range Rover to join the product range in 2024. “Over the next four years, Land Rover will welcome six all-electric variants across two architectures our flexible Modular Longitudinal Architecture (MLA) and Electric Modular Architecture (EMA),” the company stated in its Annual Report for 2021-22.

The move toward pure electrics would help the company to meet unprecedented policy shifts and an exponential rise in customer demand for electric vehicles across its key markets, it said. “As adoption increases, we expect 60 percent of global Land Rover sales to be pure-electric by 2030,” the company informed its shareholders.

The company noted that work is also going on to develop electric Jaguars. “Over the past 12 months, our Jaguar teams have determined to develop our own bespoke pure-electric architecture for Jaguar,” JLR stated.

Alongside the product transformation, Jaguar is also creating a strong digital culture, efficiently integrating technologies and analytics, to allow the team to design a more rewarding emotional engagement between the brand and the customer, it added. Last year, the automaker announced plans to become a net-zero carbon business by 2039.

With the company pushing for electrification, it is also undertaking reorganisation of its manufacturing units. “As we work relentlessly on Jaguar’s renaissance as an all-electric modern luxury brand from 2025, I can assure you that we are absolutely on track,” JLR CEO Thierry Bollore noted.

In line with the growing customer appetite for electric vehicles worldwide, the company is accelerating its ‘Reimagine’ transformation into a business that will deliver double-digit EBIT margins within five years and achieve net-zero carbon across operations by 2039, JLR said. The company reported revenues of 18.3 billion pounds and retail sales of 3,76,381 units in the 2021-22 fiscal. Home-grown auto major Tata Motors on June 2, 2008, completed the JLR acquisition from US automobile giant Ford Motor Company for a net consideration of USD 2.3 billion.