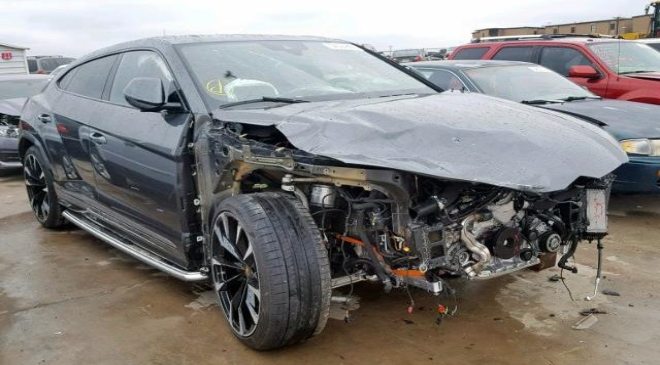 Lamborghini Urus sports SUV has done a lot for the Italian manufacturer and has been quite a favorite among the buyers. The SUV is known for its powerful engine getting it the title of ‘sports’ SUV. However, the immense power, if not handled with caution, can land the driver in some serious trouble. This is what happened with this SUV, which reportedly crashed into a home at high speed and ended up catching fire. Based on the reports, the incident took place in Miami’s Fort Lauderdale, ending up the car in a messy situation.

Based on the reports, the Lamborghini Urus involved in the incident is a rented unit and was allegedly being driven at high speed. The reports say that the driver of the SUV ad jumped a traffic signal before a collision with a Nissan Pathfinder. After the collision, the Urus got a push and got thrown in the air ending up with a crash in a house nearby.

According to the reports in the Miami Herald, the person driving the sports SUV was a 24-year-old man who was taken out of the crashed vehicle right before it caught fire. The reports also say that the man driving the car fled the situation even without medical assistance. Although, he was later taken to the hospital and later revealed that he was confused after the crash and had no intention of fleeing the site of the incident.

Based on the details, the flames of the Lamborghini Urus were later brought into control by the Fort Lauderdale Fire Rescue team. It is to be noted that the details of the Nissan Pathfinder are not known yet. The reports say that the Nissan’s driver was not at fault because he was driving right of the way.