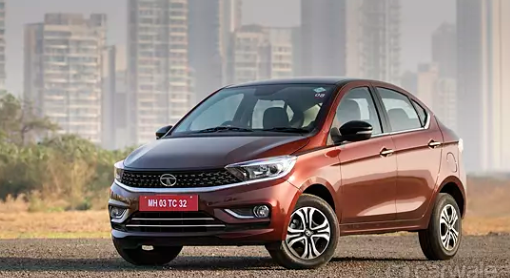 A new teaser reveals that Tata will soon introduce a new XT trim level to the Tiago NRG cross-hatch range. The currently available fully-loaded variants will likely be named ‘XZ+’ and ‘XZA+’ for the manual and automatic grades, respectively. The entry-level price of the NRG will go down after the introduction of the new trim.

A post shared by Tiago from Tata Motors (@tiagofromtatamotors)

For now, the Tiago NRG, available in a single fully loaded trim, costs Rs 6.83 lakh for the manual variant and Rs 7.38 lakh for the AMT automatic (all prices ex-showroom pan-India) and the new XT variant will come at a lower price.

For reference, the standard Tiago’s top-spec variants’ prices are comparable to the NRG’s prices, and the XT variant is priced at around Rs 6 lakh for the manual variant and Rs 6.55 lakh for the automatic version. We could see similar pricing for the Tiago NRG XT.

Similar to the standard Tiago, the cross-hatch version is powered by an 86PS and 113Nm producing 1.2-litre petrol engine paired with a 5-speed manual or AMT gearbox. The hatchback has a CNG option that’s not available on the cross-hatch NRG.

Key features in the top-spec Tiago NRG include push button start, digitised instrument cluster, manual AC and a 7-inch touchscreen with Android Auto and Apple CarPlay, paired with a Harman sound system. The Tiago and its NRG sibling have identical safety features such as dual front airbags, ABS and reversing camera with dynamic guidelines.

Going by the Tiago XT variant, the Tiago NRG XT will likely miss out on the infotainment touchscreen, height adjustable driver seat, reversing camera (sensors to be present) and push button start system.