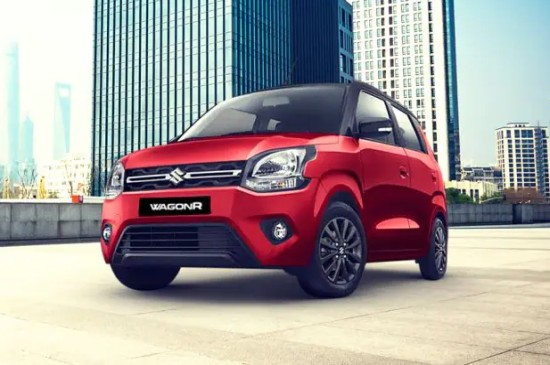 The country’s largest carmaker – Maruti Suzuki, is all set to keep the masses entertained for the next couple of years. The automaker will be launching a slew of new products in the market, including a new mid-size SUV, a capable and practical off-roader, a mass-market hatchback, a premium hatchback, and lastly a sub-4m compact SUV that runs on CNG. Yes, we do know that all of these products are of high interest to you folks. So read the list to know about the top 5 upcoming Maruti Suzuki cars in India. After all, we are also waiting for these upcoming cars in India in 2022 from Maruti Suzuki’s stable with high anticipation.

The newest unveil of the carmaker in the Indian market – Maruti Suzuki Grand Vitara, is ready to hit the market. The mid-size SUV is assumed to officially launch in India by September this year. The Grand Vitara will be sold with two powertrain options – a mild-hybrid and a strong-hybrid.

The Alto is one of the most celebrated nameplates in the Indian automotive market. Well, the hatchback has a history of its own. Now, it is due for a generation change. The company is well-versed with this fact too, and it will be launching the new-gen Maruti Suzuki Alto on August 18. The new model will feature fresh styling, new interior, and updated powertrain.

The most anticipated vehicle on this list is the Maruti Suzuki Jimny 5-door. The off-roader has been in the news for years now. However, new spy shots of Jimny’s 5-door iteration have managed to offer some restraint to the enthusiasts. The 5-door version of the Jimny is likely to be showcased at the 2023 Auto Expo, followed by a launch at a later stage.

Maruti Suzuki’s bet on CNG is strong, and the company is showcasing it by introducing its best-selling models with factory-fitted CNG kits. While the Dzire has recently been through this exercise, the next model on this route will be the new Maruti Suzuki Brezza.

Yes! The new-gen Maruti Suzuki Swift is on its way to our shores. However, this will happen only by next year. A production-spec mule of the new-gen Swift has been recently snapped overseas, confirming the arrival of an all-new model. In the 4th-gen rendition, the Swift will feature sharper styling, better handling, and a posher cabin.