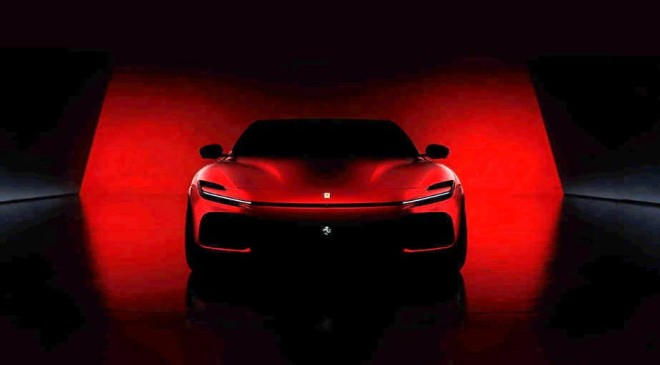 Things might be going south for Maranello and its coveted Formula One team, but there’s some news to light up the mood, at least until the next race weekend. The new 296 GT3 racecar is here and all set to debut at the Circuit de Spa-Francorchamps for the 24 hours of LeMans. It will take over racing duties from the successful 488 GT3 and the refreshed 488 GT3 Evo. Based on the 296 GTB road car, the race car uses the same 120-degree 3.0-litre twin-turbocharged V6, but minus the electric motor.

The omission of the electric motor translates to an output of 600PS/712Nm instead of the road car’s 830PS. Technical regulations are the culprit for this downgrade but the racecar more than makes up for it in other areas. Ferrari says it has designed the 296 GT3 around its V6 that houses its turbochargers on the cylinder banks, thereby enabling them to position it lower and towards the centre of the car for a better balance. Power is channelled through a newly sourced X-trac 6-speed sequential single-clutch gearbox instead of the 8-speed dual-clutch unit on the road car.

One of the most prominent updates is the 20 percent increase in downforce over the 488 GT3. This is hugely thanks to the aggressive bodywork, a swan-neck wing and refinements to under-body airflow. Ferrari has also uprated the braking system which now hosts redesigned callipers stuck onto two 400mm rotors along with custom forged rims from Rotiform. These updates help the 296 GT3 exploit the grip on offer without eating through the tyres in a few laps, claims Ferrari. The fact that it weighs 1250kg (without fuel and driver) is also another contributing factor.

Read More:-Honda 350cc Bike Teased Again, What Could It Be?

The 296 GT3’s carbon-fibre chassis and the bodywork have been designed with track operations as the priority. The front and rear clamshells can be switched out in seconds should a collision happen. Ferrari has also engineered the chassis in such a way that it can easily be modified for changes in regulation. Although the chassis is primarily based on the road version, the race car has a bit more wheelbase in comparison to meet the regulations.

The 296 GT3 will be assembled by renowned French race outfit Oreca and the first deliveries will begin by the end of 2022. Ferrari has not revealed the prices yet but do expect it to come with a sticker price similar to the outgoing 488 GTB which could’ve been yours for a humble 600,000 USD (approx Rs 5 crore).