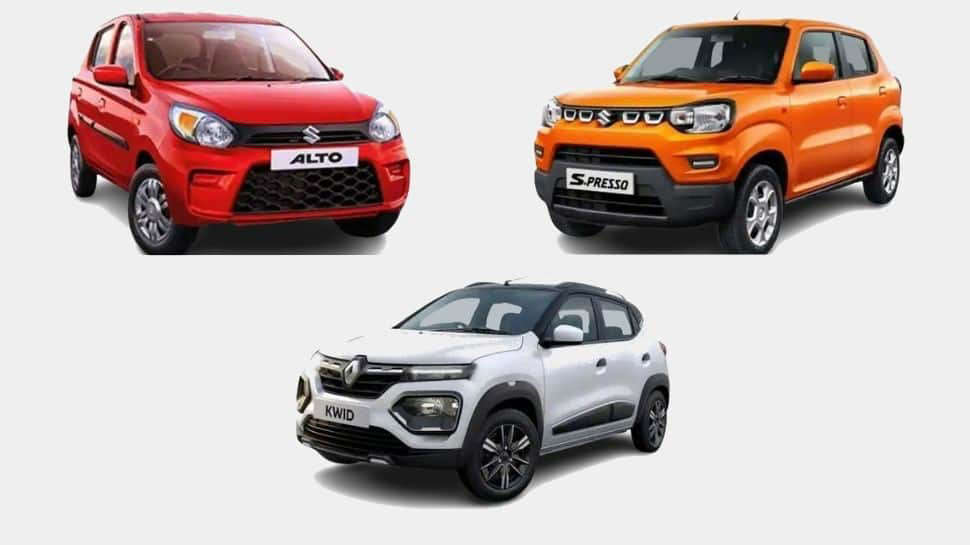 August is going to be an interesting month for the Indian automotive industry with several big launches lined up across the price range. From entry-level hatchbacks to SUVs to luxury EVs, many new cars are on our way. Here, we have listed the Top 10 Upcoming Cars in India in August 2022. It includes the likes of the new-gen Maruti Suzuki Alto, Hyundai Tucson, Toyota Urban Cruiser Hyryder, and more.

Upcoming Cars in India in August 2022:

The new fourth-generation Hyundai Tucson will be launched in India on August 4, 2022. It will get a major design overhaul and new features, including level-2 ADAS. Powering the Tucson will be a 154 bhp 2.0-litre naturally-aspirated petrol engine, paired with a 6-speed AT, and a 184 bhp 2.0-litre turbocharged diesel engine, mated to an 8-speed AT. It will get an all-wheel-drive system too along with multi-drive modes.

Mahindra is gearing up to reveal five born electric SUVs on August 15, 2022. The company has teased these electrified models in a new teaser video, highlighting their side profile or silhouette. Out of the five models, four of them are likely to be SUV coupes. The company will showcase these concept electric SUVs at the Mahindra Advanced Design Europe (MADE) studio in Oxfordshire, United Kingdom

Read More:-2022 Hyundai Tucson India launch on August 10: All you need to know

Maruti Suzuki is gearing up for the launch of the new-gen Alto. The all-new Maruti Suzuki Alto is likely to be launched on August 18. It will get design updates and new features. Powering the new Maruti Alto is likely to be the same 47 bhp 800cc petrol engine with a 5-speed MT while the other mill will be an updated 66 bhp K-Series 1.0-litre engine with a 5-speed MT & AGS.

The all-new Mercedes-AMG EQS 53 4Matic+ high-performance electric sedan will be launched on August 24, 2022. It will be the flagship model in this German luxury carmaker’s Indian portfolio. The new AMG EQS 53 gets two electric motors, one on each axle, and develops up to 750 bhp and 1020 Nm. It gets a 107.8 kWh battery pack and offers a range of 529-586 km per charge (WLTP cycle).

Toyota’s all-new mid-size SUV for India, Urban Cruiser Hyryder, will be launched in August. Bookings for the same are already open. It will get a new 1.5-litre petrol engine with strong hybrid tech, paired with an e-CVT. This mid-size SUV will also feature a 1.5-litre mild-hybrid petrol unit that develops 100 bhp & 135 Nm, paired with a 5-speed MT & a 6-speed AT along with an optional AWD system.

Read More:-Longer and Taller Than Before: 2022 New Maruti Suzuki Alto Coming on Aug 18 | Here’s What To Expect

MG Motor India is prepping up to introduce an updated version of its best-selling SUV, Hector, by the end of next month. It will get India’s largest 14.0-inch touchscreen infotainment system, level-2 ADAS, and other goodies. Powertrain options are likely to remain unchanged and it will continue to get a 1.5-litre turbo petrol motor (mild-hybrid & non-hybrid) and a 2.0-litre diesel engine with multiple transmission options.