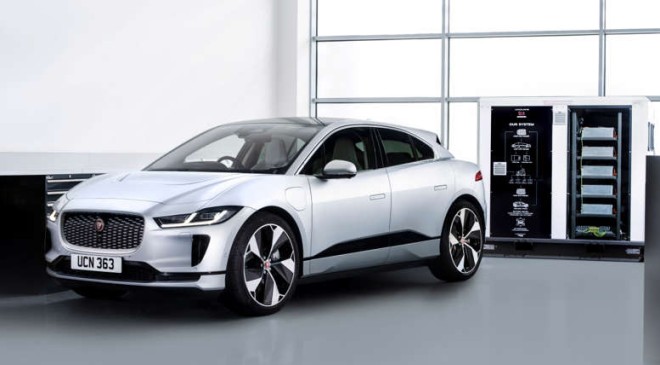 EV fire incidents are on a rise in India, but most of the cases of EV fires recently involved electric scooters. However, in the USA, recently, a Jaguar I-Pace electric SUV caught fire in California while it was parked, charging in the owner’s garage. Based on Electrek’s report, this is the fourth known incident of I-Pace catching fire. The number is significant considering the small number of these electric SUVs on the roads. Furthermore, it is to be noted that Jaguar uses LG battery cells for its EVs, which are also used in Bolt EV and Kona EV, and both of them were recalled earlier for battery fire risks.

Based on Electrek’s reports the owner of the electric SUV took it out for a drive to run small errands and parked the car in his garage on his return. The owner of the Jaguar I-Pace heard popping sounds coming from the garage as he entered his house, and when he entered the garage, it was smoke-filled, and his car was on fire. According to reports, the incident happened in June of this year.

The owner of the Jaguar I-Pace, Gonzalo Salazar, bought the 2019 model in 2022 and left it to charge on June 16. The fire incident with the car took place on June 17, and the car was burned to bits and pieces, with the remains of the car left in small pieces. Jaguar is currently looking into the incident, but the owner’s insurance company declared the car to be a total loss. The incident did not result in any injuries, according to reports.

In India, the Jaguar I-Pace was first introduced in early 2017. Three different variants of the electric SUV are available, each with a 90kWh battery pack and all-wheel drive as standard. The SUV’s dual-motor setup produces a potent 394 horsepower and 696 Nm of torque, and its stated range is up to 470 kilometres. The SUV has a starting price of Rs 1.19 crore (ex-showroom).