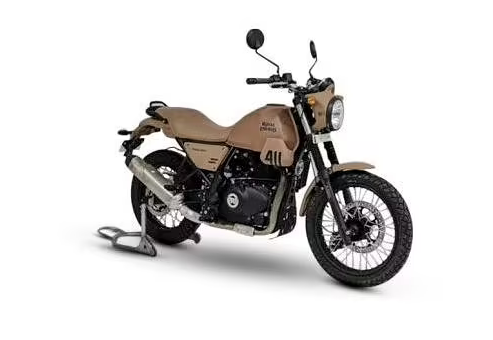 Even though Royal Enfield’s new kid on the block is based on the same platform as the all-time Classic, there are several distinguishing elements that give the Hunter its own identity

Royal Enfield has pretty much revealed all the details of the Hunter 350 ahead of its official launch on August 7. Considering that it’s built on the same ‘J’ platform as the Royal Enfield Classic 350, the first question that arises in enthusiasts’ minds is “How different is it from the Classic 350?” Let’s answer that here:

The Royal Enfield Hunter 350 is powered by the same engine that does duty in the Royal Enfield Meteor 350 and the Classic 350. The 349cc, single-cylinder, air-cooled, counterbalanced engine makes the same power (20.2PS at 6100rpm) and torque (27Nm at 4000rpm) as its siblings and works with a 5-speed gearbox.

Having said that, the motor is claimed to have been tuned differently. Royal Enfield says the engine offers a “flat torque curve and well-chosen gear ratios mean lively performance through the gears.” The throttle response has also been calibrated to be lively, to match the character of the motorcycle. In our tests, the Classic 350’s real world mileage was 41.55kmpl in the city and 37.77kmpl on the highway. On the other hand, Royal Enfield claims a fuel efficiency figure of 36.2kmpl for the Hunter 350. Both bikes get the same fuel tank capacity of 13 litres, but the shape of the tank is different.

As far as the exhaust note is concerned, the Hunter sounds raspy and is slightly sportier than the Classic 350. Unlike the long pea-shooter unit in the Classic, the exhaust design in the Hunter is a lot more compact and stubby, claimed to offer mass centralisation and to aid handling.

Both Royal Enfield Hunter 350 and the Classic 350 are built on a twin downtube spine frame. However, at 25 degrees, the rake angle is 1 degree sharper than the Classic 350’s. Consequently, the trail has gone down from the Classic’s 111.7mm to 96.4mm. Additionally, the Hunter’s wheels are smaller 17-inch units as opposed to the Classic’s 19-inch front and 18-inch rear wheel setup. This coupled with the sharper rake and trail should theoretically result in lower steering inertia, which means switching from one corner to another should be an easy, effortless affair. Take a look at the tyre sizes of the two bikes here:

The front and rear brakes are the same as Classic’s: 300mm front and a 270mm rear disc with dual-channel ABS. That said, the entry-level variant gets a 153mm rear drum with single-channel ABS, just like the more affordable variants of the Classic.

While the Classic exudes a umm… classic look, the Hunter looks every bit modern. The compact dimensions accentuates the roadster styling and it is draped in funky colours as opposed to the Classic’s elegant vintage-themed schemes. The ergonomics is also slightly different thanks to the raised handlebar and slightly rear-set footpegs. Both bikes get a halogen headlight but the taillight is LED in the Metro and Metro Rebel variants of the Hunter 350.

While the layout of the instrument cluster is different in the two motorcycles, they both show the speed, odometer readout, dual trip meter readings with low-fuel trip meter, fuel level, time and Eco indicators. Additionally, the Hunter’s console gets a gear position indicator. You can also opt for the Tripper navigation pod as an optional fitment.

The Royal Enfield Classic 350 starts from Rs 1,90,092 for the single-channel ABS variant and Rs 1,98,971 (both ex-showroom Delhi) for the dual-channel ABS variant. Expect the Chennai-based bikemaker to price the Hunter 350 from around Rs 1.7 lakh (ex-showroom). If our guesstimate is right, it will be the most affordable bike made using the J platform.