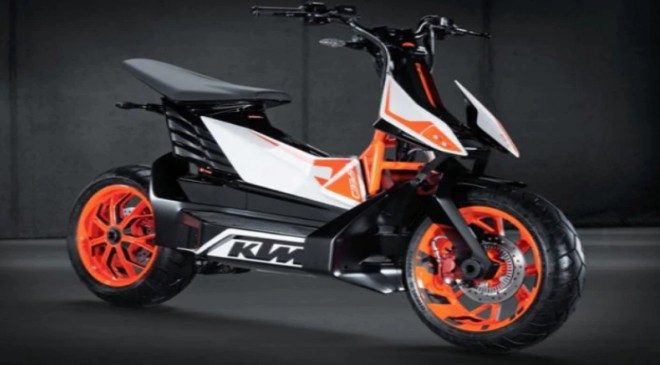 This group aims to have a shared battery platform across manufacturers

German start-up Swobbee has officially joined the Swappable Batteries Motorcycle Consortium comprising KTM, Yamaha, Honda, and Piaggio. The four companies had officially signed an agreement for the Swappable Batteries Motorcycle Consortium (SBMC) last year with the aim of developing a common battery-swapping technology. This move was similar to what the Japanese Big Four (Honda, Kawasaki, Suzuki and Yamaha) did in Japan back in 2019.

Swobbee is a German start-up that specialises in ‘Battery as a Service’ (BaaS) programme, wherein customers do not have to buy the battery, but rather opt for a subscription-based plan, like what Bounce Infinity offers in India.

Along with BaaS services, Swobbee will also aim to develop swapping stations for small electric vehicles. There’s no denying that standardising battery packs will be of great convenience not just for the companies but for customers too and this will also allow for rapid development of battery charging and swapping infrastructure.

Honda was testing swappable battery tech for India using its Benly e electric scooter, which was recently spotted. The Japanese bikemaker has also teamed up with Hindustan Petroleum Corporation Limited (HPCL) to set up battery-swapping stations across the country.

Similarly, Yamaha and Piaggio too have been working on an electric scooter for India. Yamaha had recently revealed the launch timeline for its EVs in India.

Not to be left behind, KTM too has been working in collaboration with Bajaj on rolling out premium electric offerings based on a scooter and a motorcycle platform. Thus the efforts undertaken by the SBMC will eventually benefit users in India.