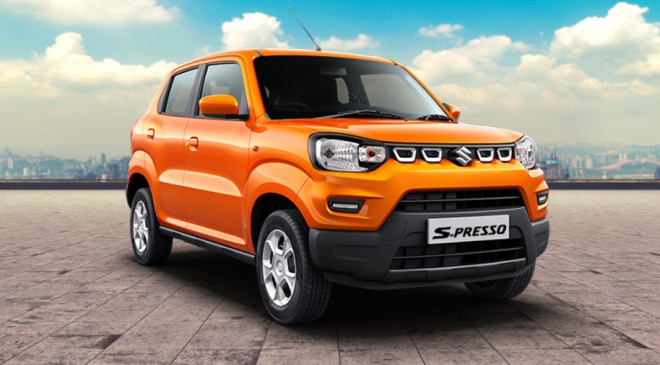 The soon to be launched New Maruti Suzuki Grand Vitara has garnered over 25,000 bookings after the company’s first mid-size SUV and also the only strong hybrid was unveiled a couple of weeks ago. On the other hand, the newly launched 2022 Maruti Suzuki Brezza has received a handsome 75,000 bookings in India. The combined bookings of more than 1 lakh SUVs reveals the buyer’s interest in new-age Maruti SUVs. While the Brezza is a compact SUV, the Grand Vitara is a new SUV altogether and is developed under the global partnership with Toyota Motor Corporation.

Earlier, Shashank Srivastava, Senior Executive Director, Maruti Suzuki India Limited (MSIL) said that the Indian audience is quickly moving towards SUVs and by not having a Mid-SUV, they have lost a big chunk of the audience, but with the launch of Grand Vitara, they are confident to regain the market share. He also said that they are receiving a lot of enquiries for the strong hybrid variant of the Grand Vitara as nearly half of the pre-bookings are for this technology-equipped model.

India’s largest carmaker enjoys over 40 percent market share thanks to a wide variety of hatchbacks it offers in India. However, with the sole Maruti Suzuki Brezza SUV, it has lost the market share to new and emergent players like Kia Motors and also India’s Tata Motors. The strategy to launch multiple SUVs in different segments has been paying dividends as you can see with the initial reception for the new Brezza and the Grand Vitara.

As for the New Maruti Suzuki Grand Vitara itself, the SUV will be offered in both mild and strong hybrid variants having a 1.5-litre petrol engien and features like nine-inch touchscreen infotainment system, a 360-degree camera system, HUD, six airbags, etc. Not just that, the Grand Vitara will also become the most fuel efficient car in India once launched, with 28 kmpl mileage.

On the other hand, Maruti Suzuki is also planning to launch 5-door Jimny SUV to take on cars like Mahindra Thar, 2022 Mahindra Scorpio-N among others.