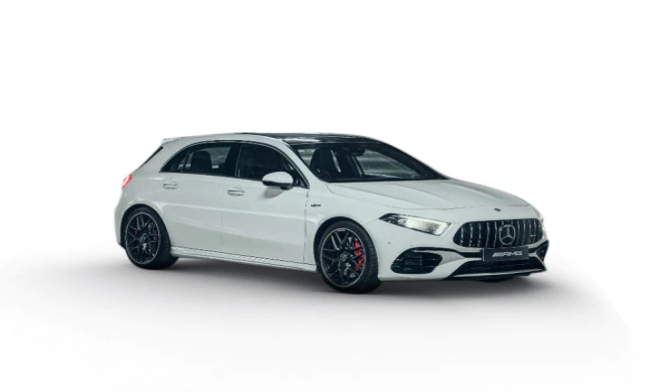 Its practical usage has changed over the years, but it seems that the ‘grille’ is here to stay, even in the carmaker’s EVs

Whenever someone says the word ‘Mercedes’, chances are that your mind will conjure up the image of a stately sedan wearing the expression of an imposing school principal. Similar to people, we’ve long associated a car’s character with its nose, in other words, its front end.

The grille of a car is central to this “fascia” that we use to distinguish between different models. Yes, veteran car spotters can identify a car using almost any aspect of its design, but for most of us, it’s the size, body style and ‘face’ that matters.

For Mercedes, the front grille has evolved with each new generation of models and is still shared between different cars in its lineup. That’s why no matter what the body style, when you see a Mercedes, you don’t have to read the badge on the tailgate to know it’s a Mercedes.

But what does the grille, once an important functional accessory, stand for in the era of electric vehicles (EVs)? After all, EVs don’t need as much cooling as traditional ICE cars, since they don’t have a heat engine under the bonnet to cool down on a summer day.

Let’s take a look at how the iconic Mercedes grille has evolved over the years.

Karl Benz is widely considered the first to make a functional automobile, the Benz Patent-Motorwagen, that debuted in 1885. But it wasn’t until 1900 that Wilhelm Maybach created the car that began the Mercedes model line – the Mercedes 35PS.  In many ways, it set the definition of the word ‘car’ as we know it today, with a bonnet at the front housing the engine, passenger compartment in the middle and four wheels.

Its 5.9-litre engine, too, set the tone for IC engines for years to come. It had four cylinders, a carburettor to move fuel and camshafts to operate the valves. Moreover, it was the first engine to attempt to solve one big issue with the motorcar – heating. For that, it had a honeycomb heat exchanger at the front, made up of over 8,000 narrow pipes through which water was circulated. It also had a fan behind it to cool the water in the pipes, which, in turn, kept the engine from getting damaged from too much heat.

1930s To Present Day: The Grille Gets A Cover

By the 1930s, the radiator had become a ubiquitous accessory for large-displacement cars. It was also a time when the aesthetics of cars started to take priority with streamlined and coach-built vehicles. The functional radiator was now hidden behind a grille cover, and for Mercedes, the change started with the 1931 Mercedes 170.

Why do EVs still have grilles?

Mercedes’ EQ lineup of electric vehicles previews the cars it’ll produce after government regulations around the world force it to stop making ICE vehicles. In the EV era, the grille would merely be an aesthetic accessory; for Mercedes, it’s a dark, transparent panel behind which the sensors for advanced driver assistance and active safety systems (ADAS) are placed.

For example, one of the cameras used for Active Distance Assist (part of the adaptive cruise control system) is integrated into the three-pointed star. ADAS systems use an array of ultrasound sensors, cameras, radar and Lidar sensors, some of which are hidden from view under the Black Panel in vehicles such as the EQE and EQS. The Black Panel has little LED lights that form a pattern that varies between different variants and models, similar to the louvres and slats of the radiator grilles of yore.

With that, the Mercedes grille is likely to transform further. While EVs such as Teslas have grille-less front-end designs, Mercedes will likely continue to have a ‘grille’ for the foreseeable future.