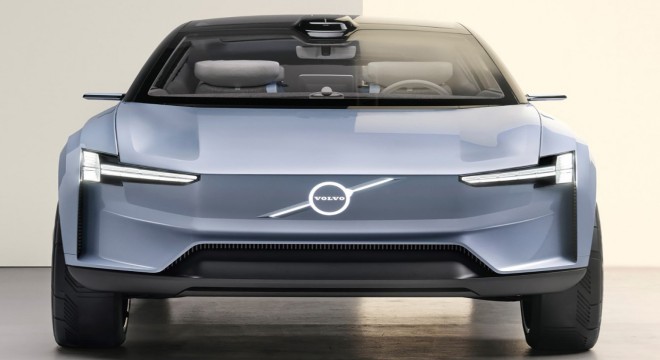 Volvo is all set to unveil its new EX90 all-electric SUV on November 9. The Swedish automaker has claimed that the EX90 will mark the start of a new era when it comes to the safety of EVs. The company claimed that the EX90 will come with one of the most advanced sensor sets in the market which includes eight cameras, five radars, 16 ultrasonic sensors, and a cutting-edge LiDAR sensor. Volvo’s unique combination of core computing and software will make EX90 one of the safest cars on the roads, reported Autocar. The all-electric SUV will sit atop the new SPA2 platform

The EX90 is a production-ready of Volvo’s Concept Recharge EV which was unveiled last year. However, the EX90 will have toned-down elements compared to the bold Concept Recharge. The EX90 will mark Volvo’s much-awaited entry into the growing full-sized electric SUV segment.

Prominent car manufacturers like Hyundai and Jaguar have launched their EVs in this segment in recent years. The EX90 will play a key role in Volvo’s goal to sell 6 lakh EVs annually from 2025, as the Swedish company pushes toward becoming an electric-only carmaker by 2030.

Read More:-Top 5 Things About Tata Tiago EV Ahead Of Its Launch Tomorrow

Volvo’s new offering will be sold globally alongside other EVs like Volvo XC40 Recharge and coupé-backed Volvo C40 Recharge.

The Volvo EX90 Will Be Futuristic

Volvo has worked to ensure that its flagship EV retains the core characteristics of the XC90 while ushering in a new approach to exterior and cabin design. Customers will experience Volvo’s minimalistic design philosophy in the EX90.

The EX90 is likely to ditch physical controls for an uncluttered driving experience. The interior of the SUV will feature a large-format central touchscreen which is developed by Google – as first seen in the XC40 Recharge and Polestar 2.

It Will Have An Increased Focus On Safety

The EX90 will come with state-of-the-art technology which includes an invisible shield of safety made up of the company’s latest sensing technology. EX90’s advanced radar and cameras will assist the driver when they’re either distracted or tired.

The EV’s LiDAR sensor will map out the environment around the car and act when the driver doesn’t take steps like reducing the speed of the car or steering to avoid obstacles or hazards on the way. Volvo has claimed that these new features can reduce the risk of death or serious injury by up to 20 per cent.

The EX90 is expected to eclipse the current range-topping XC90 Recharge PHEV when it comes to its pricing. More details about the pricing and powertrain will be confirmed with the launch of the SUV in November.