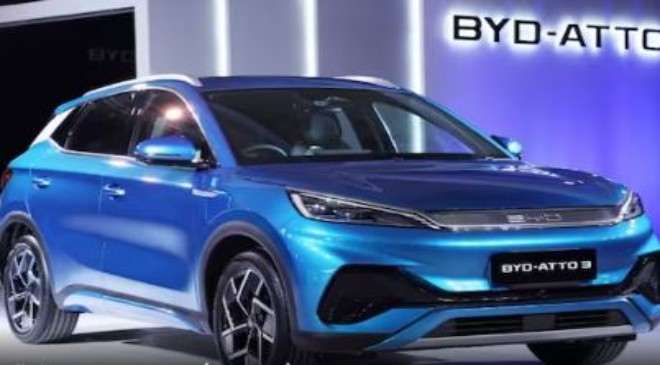 Yet another premium electric vehicle with a lot of features, impressive design, and power-packed performance is launched in India. Yes, we are talking about the BYD Atto 3, an e-SUV that was announced by the Chinese car manufacturer last month.

According to the reports, the company has already bagged an order for 1500 units which will be completed by the start of next year. This came after the company started taking the pre-bookings for the electric SUV on October 11, 2022.

The BYD Atto has priced at Rs 33.99 lakh (all India, ex-showroom). The company would start the deliveries of the e-SUV by the first month of next year.

The Atto 3 produces the maximum power of 201 hp and 310 Nm of peak torque, allowing the electric SUV to accelerate from 0 to 100 km/h in 7.3 seconds (as per the company). The BYD has offered a 60.48kWh blade battery pack that provides the Atto 3 with regenerative braking and a 521 km ARAI-rated range.

The battery pack of the Atto 3 can be charged in about 10 hours using a Type 2 (7kW) AC charger, and in 50 minutes using an 80kW DC fast charger (from 0% to 80%). The company offers both a 7kW home charger and a 3kW portable charging box.

“We are happy to announce the price of our much-acclaimed electric SUV BYD-ATTO 3 in India at Rs 33.99 Lakh,” said Sanjay Gopalakrishnan, Senior Vice President, of Electric Passenger Vehicles, BYD India. “We can’t wait to share BYD-ATTO 3 with the world and intend to increase its accessibility in the future,” he added.