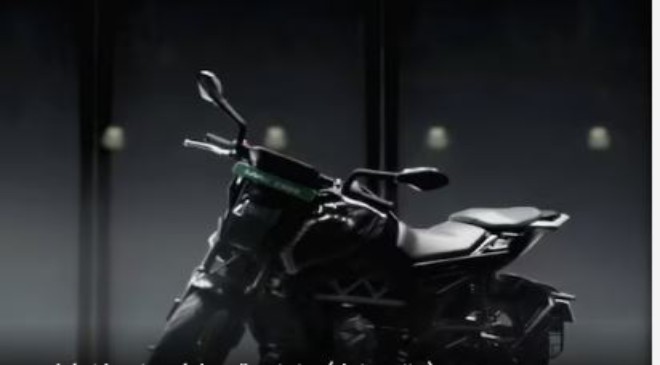 Electric vehicle and energy storage technology startup Matter on Monday unveiled a geared electric motorcycle with plans to commence sales next year. The Ahmedabad-based company plans to commence booking for the model soon and start deliveries from April next year.

The startup aims to have 200 dealerships across major cities over the next 12 months. It is also eyeing exports to various markets including Asia, Africa, and Latin America in the next two years.

In an interaction with PTI, Matter Group Founder and CEO Mohal Lalbhai said the company plans to fill a vacant space with other players primarily focussing on producing electric scooters.

“India moves on bikes. Roughly out of around 2 crores two-wheelers sold per year in the country, bikes are in the range of 1.4-1.5 crore units. How will the change happen towards electric if we continue to focus only on the scooter segment? That is why we chose to come with this geared electric bike,” he stated.

With no other major player in the electric bike segment currently, growth potential in the vertical is immense, he added. “Target for us internally is to scale up faster because it is a vacant segment. In this 40-odd lakh a year segment nobody is there,” Lalbhai said.

The bike, which comes with a range of 125-150 km on a single charge, can be charged by a simple 5 Amp plug. Lalbhai said the company has already finalised 50 sales outlets with plans to have 200 dealerships in the next year.

When asked about export plans, he said: ”In two years time we are planning to take this product internationally. There are a lot of opportunities in Asia, Latin America, and Africa.” The matter has set up a manufacturing facility in Ahmedabad with an installed production capacity of 60,000 units per annum which could be scaled up to 1.5 -1.7 lakh units.

The bike, which the company claims is the country’s first geared electric bike, comes with 5 kWh of power, liquid-cooled technology, and various connected features.