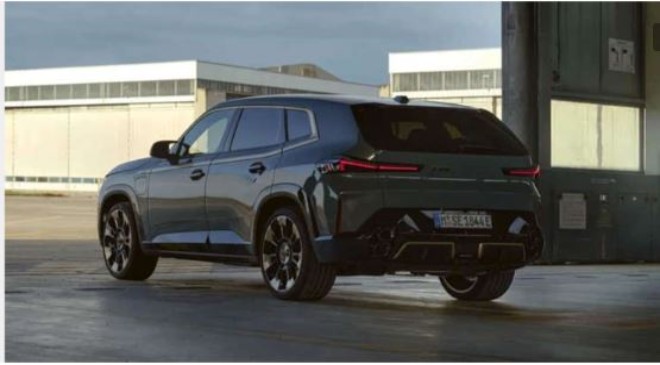 The BMW XM SUV will be among a number of debuts that will take place on December 10th, according to an announcement from BMW India. The new BMW X7 and new BMW M340i will be presented alongside the XM, which was globally unveiled in September of this year.

The XM offers a new plug-in hybrid engine that is the first hybrid to ever bear the M badge as an SUV that is only offered as an M. The production XM resembles the idea almost exactly, but for the two-tone paint, genuine door handles, and less eccentric taillights. Split headlights akin to those on the most recent X7 flank the massive kidney grilles in front of the vehicle. As a tribute to the traditional BMW Hofmeister kink, a prominent, emphasized character line rises down the side and kicks up at the rear doors. The aggressive-looking taillights wrap around the sides, and BMW insignia are carved into each top corner of the rear window. The rear bumper has a sporty flair thanks to the diffuser features and quad exhaust tips. 22-inch wheels are optional, while 23-inch wheels are the standard.

The twin-turbo 4.4-litre V8 engine we know and love from BMW, which alone produces 483PS, serves as the foundation for the XM’s drivetrain. But the XM also has a 194PS electric motor built into the 8-speed automatic gearbox and a 29.5 kWh battery pack, of which 25.7 kWh is useable. 653PS and 800 Nm of torque are the combined output. The BMW XM’s interior is distinguished by a curved display that dominates the dashboard and houses the touchscreen infotainment system and fully digital instrument console, as well as a lot of Alcantara and carbon-fibre accents, the iDrive 8 system, a Heads-Up Display (HUD), a 1500W Bowers and Wilkins surround sound system, M-multifunction front seats, and a dual-tone brown and blue interior theme.

The XM will go up against other high-end SUVs like the Audi RS Q8 and Mercedes-AMG GLE63, and it even has the Aston Martin DBX and Lamborghini Urus as higher aspirations.