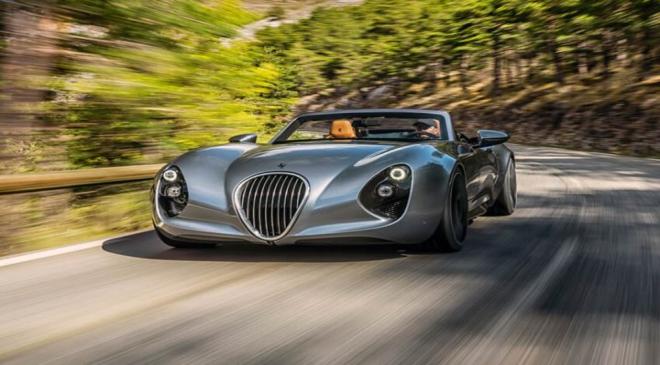 If you’ve never heard of Weismann before, we can’t blame you. The small, independent, Germany-based carmaker has been around since the early 1990s, building several models of similar-looking, sleek, ground-hugging, open-top sports cars. Earlier this year, the niche car company came up with ‘Project Thunderball’, its first-ever EV. Now, it looks like the car will soon be a reality, as some of the technical specs and details are out.

Weissman EV is a looker

The Weismann EV is quite unlike any other EV you’ve ever seen or heard of. It’s a pretty-looking, sleek, two-seater, soft-top convertible with sharp lines and creases along its rounded bodywork.

Its long bonnet and prominent triangular front grille hide the fact that it’s an EV, as do the luxurious leather-lined interiors that feature numerous dials and just two touchscreens – one for infotainment and the other for driver’s display – unlike conventional luxury EVs with their screen-heavy interface.

The Weismann will be based on an aluminium chassis and uses plenty of carbon fibre for lightness. It weighs 1,775kg – less than even a Tesla Model 3 – without compromising on range and performance. It’ll have a dual-motor, rear-wheel drivetrain with a hulking peak output of 680PS and 1100Nm. It is expected to get from 0-100kmph in a supercar-quick 2.9 seconds and manage a 0-200kmph time in just 8.9 seconds. It would be truly astonishing to see the Weismann achieve these goals.

The motors will draw power from a 92kWh battery pack (83kWh usable) that’ll offer a range of up to 500km, equipped with an 800-volt electric architecture and fast-charging capability of up to 300kW. That should make the battery quick to charge, but the carmaker hasn’t revealed the charging time yet.

Weissman back on the radar?

Although the carmaker has opened the order books for its upcoming EV in Europe, it hasn’t announced if or when the Project Thunderball will be offered overseas. We aren’t even sure when the EV will begin production or reach its customers. Nevertheless, it will be an expensive, zero-emissions weekend ride with a price equivalent to around Rs 2.5 crore.