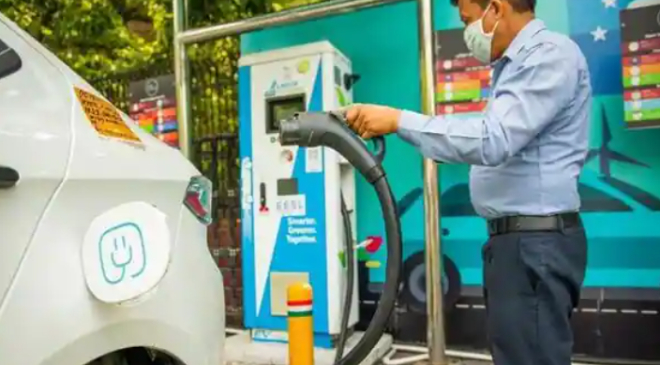 From phasing out combustible engines to rolling out new and advanced electric vehicles, automakers around the world are taking significant steps to go green. While electric cars have been gradually gaining popularity, they still have certain limitations such as range and battery charging time that deter customers from making a switch from conventional vehicles to electric ones.

The company claims that its Morand eTechnology can recharge electric vehicles in just 72 seconds. According to its description, eTechnology is an ultra-fast rechargeable battery pack that uses innovative hybrid ultracapacitors (HUC) cells along with advanced controllers to recharge and discharge quickly.

Electric cars usually take anywhere between 30 minutes and a couple of hours to fully charge while a conventional car that runs on petrol or diesel takes just few minutes to fuel up. But with eTechnology, the charging time can be reduced drastically, which can prove to be a game-changer in the EV market.

Besides automotive, the technology can be used in robotics, e-mobility, drones, locomotives, and defence among others.

Morand says that its unique battery pack is more reliable than other electric vehicle storage systems and can be effective in applications that require fast 5-minute charges. Morand also claims to have developed a solution to protect electric vehicles battery pack from fire.

In addition, the cells in the battery, according to Morand, also have longer lifespan. While conventionally used lithium-ion batteries last for 3,000 to 5,000 cycles, eTechnology can complete over 50,000 cycles at C-rating of 50.

The company has also tested its eTechnology and demonstrated its capability to charge and discharge at astonishing speed. The battery pack could reacharge in less than 2 minutes (3 modules of 400V and 2.4 kWh each) at up to 900A/360W.