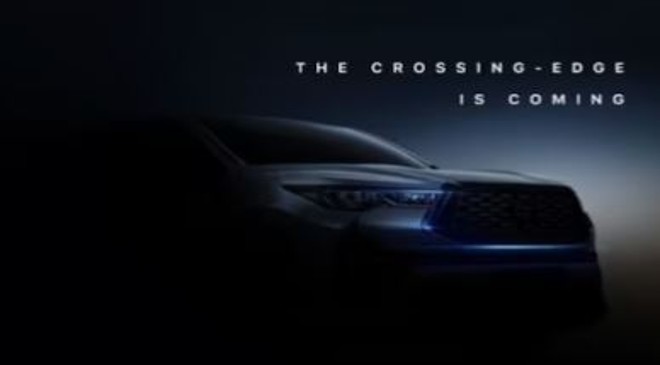 Innova Hycross, which has recently been revealed in India, comes in an all-new design, platform, and cabin. Featured Innova Hycrosses only have petrol cars. The hybrid drivetrain is a big part of the Innova Hycross’s popularity in India, but the car’s design is also essential. After all, it’s not the conventional MPV layout with the driver’s compartment at the front. The third-generation Innova’s design takes cues from sport utility vehicles.

The artist has posted a video of the same on his channel on YouTube, and it is both visually pleasing and functional. As for the exterior, the Innova Hycross’s grille has been modified to take cues from the TRD-spec 4Runner, making for a fairly daring new look up front. Similar to the FJ Cruiser, it will have the “TOYOTA” brand. In addition, bash plates and auxiliary lights have been added to the bumper to make it more suitable for use on unpaved roads.

The MPV retains its original profile, albeit it now has a roof box and a mountainous decal on its doors. New black alloy wheels with AT tyres are seen here to further emphasise the SUV aesthetic. The d-pillar has also been concealed to make the roof seem to float. However, the designer has omitted the back view. However, it is reasonable to expect that Toyota will also modify the tail in some way for its upcoming Adventure Edition.