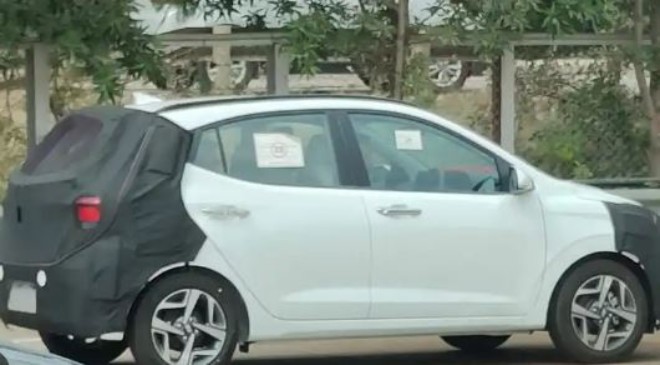 Hyundai Grand i10 Nios competes in a price-sensitive segment and is unlikely to receive major upgrades. The brand will go for cosmetic changes only as the current version of i10 Nios is already pretty loaded.

Also Read : Hyundai Ioniq 5 To Launch In 2023; Here’s What You Can Expect From Kia EV6’s Competitor

The 2023 Grand i10 Nios will compete with the likes of new-gen Maruti Swift and Tata Punch. The Grand i10 Nios has become very popular due to its practicality and value for money factor. By giving the mid-life update to the Grand i10 Nios, Hyundai is aiming to increase the customer base of the hatchback.

Reports suggest that the upcoming Grand i10 Nios facelift will come with revamped boomerang-shaped LED daytime running lamps instead of the arrow shaped ones that are seen on the current model. Hyundai has also updated the grille and given the car a new set of alloy wheels that are very sporty. The company may also introduce a new shade for the revamped Grand i10 Nios alongside the usual colours – Titan Gray, Typhoon Silver, Aqua Teal, Fiery Red and Polar White. Reportedly, the 2023 Hyundai Grand i10 Nios facelift will come with all the bells and whistles and will boast of an updated dashboard, a new instrument cluster and a redesigned interior among many others.

Also Read : THESE Are The Top 5 Most Affordable CNG Cars In India That You Can Buy In 2022

Hyundai is not expected to change the powertrain options of the facelifted version of the Grand i10 Nios. The car will continue to be powered by the 1.2L petrol engine that generates 83 bhp and 113.8 Nm. This engine will be mated to a 5-speed manual or an AMT gearbox. The new Grand i10 Nios will also be offered with a more fuel efficient 1.0L turbo petrol engine that churns out 100 bhp and 172 Nm while linked to a 5-speed manual gearbox. Considering the sky-high prices of petrol and diesel fuels, Hyundai will most likely provide an option of a factory-fitted CNG version with the Grand i10 Nios facelift.