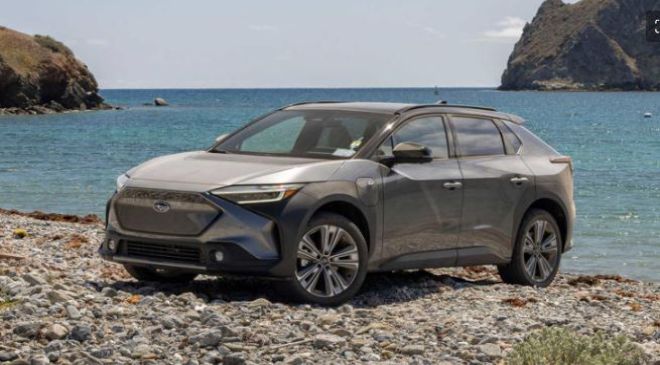 Subaru is opening a new chapter in the US with the market launch of the all-electric Solterra model (a cousin of the Toyota bZ4X).

In November the company delivered the first 94 Subaru Solterra to customers and those are the first ever all-electric cars for the Japanese brand in the US.

It will be really interesting to see whether the Solterra will reach a noticeable sales volume or not. Last month, the company sold a total of 50,138 cars (up 52% year-over-year), so the Solterra accounts for just under 0.2% of the total volume.

The Toyota bZ4X noted 232 sales in Q2, but due to the unfortunate recall, 0 were sold in Q3. We will pay close attention to the results of those two models (Toyota reports sales quarterly), as they are basically one and the same vehicle with very small differences.

Subaru also has another plug-in model in its lineup – the Subaru Crosstrek Hybrid plug-in hybrid, but the company does not report its sales volume (it’s counted together with the conventional version).

It’s difficult to say what is the future of the Subaru brand in North America in an era of electrification as there were reports that the company does not plan to produce all-electric cars in the US.

It would mean a lack of eligibility for the $7,500 federal tax credit for the imported electric models.