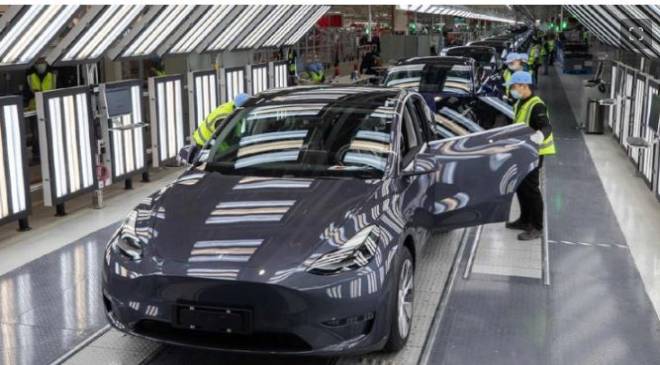 It seems Tesla is pulling out all the stops to continue shattering records in China before the end of 2022.

Tesla is now cranking out cars at its Giga Shanghai factory in China like never before. Delivery times have seen a significant reduction, and the US automaker continues to set records in China. Nonetheless, Tesla China is also offering discounts and incentives to encourage people to keep buying now rather than later.

There has been plenty of chatter about the potential for growing demand concerns for Tesla’s EVs in China. Reports have pointed to Tesla pulling multiple demand levers to keep the orders coming. However, right alongside those reports, there are other reports revealing that Tesla is breaking delivery records from the factory.

The most recent report coming from Reuters cites a new discount of 6,000 yuan ($860) for sales of some models in China. The discount is said to only last until the end of the year. A company spokesperson reportedly told the publication that the discount begins today, December 7, 2022, and ends with the new year.

Not long ago, Tesla China announced an insurance-related incentive worth 4,000 yuan. The discount also applies to cars delivered prior to the end of 2022. These discounts followed surprising 9-percent price cuts on the Tesla Model Y and Model 3 in China (the only models it currently produces in the country).

Whether or not you believe either the “demand cliff” narrative or the “Tesla is pushing to set big records for 2022” narrative, the truth here is that the factory is producing significantly more vehicles than it ever has before. For this reason, there are reportedly cars coming off the line that need buyers, and Tesla wants those buyers to commit before 2023 arrives.

Along with all of these stories of Tesla’s discounts and incentives in China, other recent reports suggest that the automaker is going to dial back production at Giga Shanghai before the end of the year. Tesla China has already come forward to say that the reports are false.

That said, earlier this year, not long after the factory underwent upgrades to speed up production, we did learn that Tesla would not be running the lines at maximum capacity prior to the end of 2022.