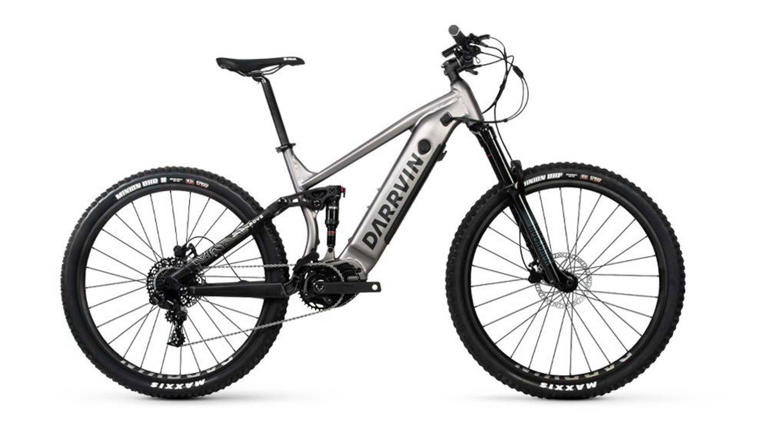 The Rove has a full-suspension frame mated to premium components from Bafang, SRAM, and RockShox.

Darrvin is an up and coming electric bike manufacturer based out of Cape Town, South Africa. The company has some pretty impressive bikes in its arsenal, and its newest offering, the Rove, could be the coolest and most capable one yet. Not only is it the brand’s first full-suspension model, it’s also packing some thoroughly premium components. Let’s take a closer look, shall we?

As for the overall construction of the Rove, Darrvin has kept things pretty simple with an aluminum frame and a linkage-type suspension system. It gets a mid-mounted motor, and rolls on 29-inch wheels. The result is a simple yet versatile electric mountain bike. That being said, the Rove packs a lot more power than your run-of-the-mill e-MTB, suggesting that it has some practical applications in mind. More specifically, the Rove is packing a Bafang M500 motor. With a peak output of 95 Nm of torque, it gives the Rove a top speed limited to 20 miles per hour.

In terms of battery tech, Darrvin has fitted the Rove with a 560 watt-hour battery pack integrated into the bike’s down tube. According to Darrvin’s website, it returns anywhere between 80 to 120 kilometers—50 to 75 miles—on a single charge. Darrvin does, however, explain that real-world range figures will greatly vary depending on a plethora of conditions, such as ride mode, riding habits, your weight, as well as the terrain you’re riding on.

Nevertheless, be it on long or short rides, Darrvin has equipped the Rove with components to ensure its all-terrain capability. For instance, the bike gets a SRAM 1×11 drivetrain with a SRAM NX derailleur and an 11-42T cassette. Suspension hardware comes from no less than RockShox, providing 140 millimeters of front suspension travel. Meanwhile, at the rear, the RockShox Deluxe Select+ RL shock handles suspension duties. Last but not least, the bike is equipped with Tektro hydraulic brakes with 180-millimeter rotors.

While all those specs may seem juicy, the Darrvin Rove has one major downfall, and it’s the fact that it doesn’t ship to the U.S.—at least not yet. However, for a price tag of 86,495 ZAR, or around $4,900 USD, it certainly presents itself with excellent value for money. Surely there are ways to import this bike to other parts of the world, but hopefully Darrvin will expand to more western markets in the not-too-distant future.