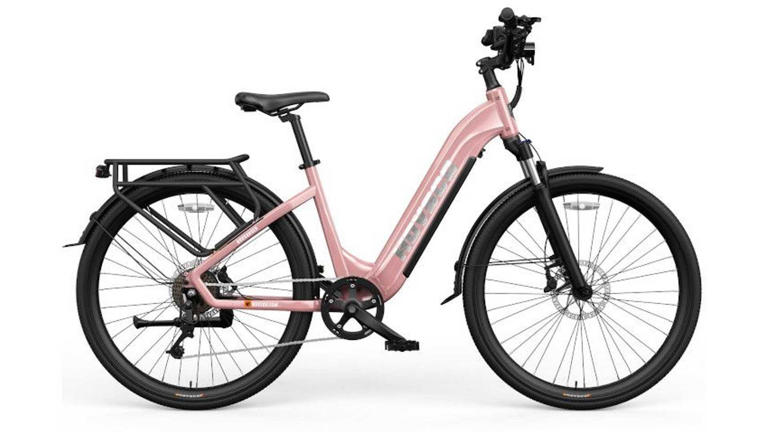 HOVSCO lowers the barriers to entry in the commuter electric bike segment.

Today’s e-bike industry offers a dizzying number of models jam-packed with tons of technology. Indeed, it could be argued that the electric bikes of today are as much IoT devices as they are alternative means to transport. As such, it’s refreshing to see electric bikes that offer the bare essentials when it comes to providing electric two-wheeled mobility. One such brand comes to us in the form of HOVSCO.

Over the course of the past few months, we’ve talked about several offerings from the Canadian e-bike brand. Indeed, it’s clear to see that HOVSCO wants to maintain the fun, no-frills nature of riding a bicycle, while at the same time providing the utility and practicality that has come to be expected from an electric bicycle. As such, a perfect example of this comes in the form of the HovRanger Step-Thru, a no-frills, easy-to-ride, electric bicycle.

n essence, the HovRanger Step-Thru takes what’s great about the standard HovRanger, and packages it in a way that’s much more accessible to cyclists of all shapes, sizes, and backgrounds. As its name suggests, the bike features a step-through frame, which, if you’re cycling with utility and comfort in mind, is something that truly comes in handy. I mean, there’s a reason why traditional Japanese cruiser bikes—those vintage bikes with baskets up front—are configured this way.

On the performance side of the equation, HOVS

CO has outfitted the HovRanger with a powerful hub motor with a nominal output of 500 watts. At full tilt, the motor cranks out 970 watts of power, enabling you to hit speeds of up to 28 miles per hour. As for the battery, a 15-amp-hour, 720-watt battery pack is said to provide up to 60 miles of range on a single charge.

Pedaling To The Future:

Naturally, the bike’s step-through frame means that it sacrifices some rigidity and sportiness in the process. In exchange, though, you get a bike that’s easy to mount and dismount, allowing you swing your leg over in front of you as opposed to behind you. On top of that, the HovRanger Step-Thru is equipped with a rear luggage rack which allows you to strap on your daily essentials. There’s also an optional front luggage rack for days when you need to carry some extra cargo.

As for pricing, HOVSCO is asking nothing more than $1,800 for this practical, no-frills, electric two-wheeler.