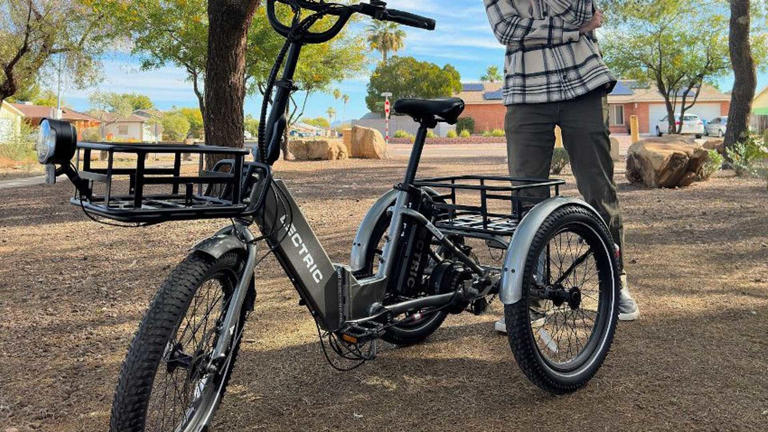 The utility-focused three-wheeler is set to make its official debut on January 13, 2023.

Lectric is one of the most popular electric bicycle brands in the U.S., and for good reason. The brand always seems to hit the nail on the head when it comes to striking the perfect balance between performance, practicality, and price. The brand also consistently listens to its customers, and rolls out new models and updates to its exisitig model range to further enhance its ownership experience.

That’s why, when I stumbled across an Electrek article stating that Lectric was working on a utility-focused electric trike, I just had to dig a little deeper and see what I could uncover. Indeed, Lectric CEO Levi Conlow posted a photo of the prototype electric trike in the Lectric XP Ebike Owners Group on Facebook. In the post he states: “Hey guys! Been working on a trike, and it’s finally at a point where I can give you a sneak preview! The Lectric team will have more specs to share on Friday, 1/13.”

In Case You Missed It:

That’s right, the new electric trike is set to make its debut on Friday the 13th—stereotypically unlucky, but Lectric seems to think otherwise. Additionally, Conlow’s post gave away a few juicy details about the electric trike, too. It makes use of a unique powertrain which consists of a mid-mounted hub motor connected via chain to an axle that drives both rear wheels. Said axle is also equipped with a differential, allowing it to take corners with stability.

It also sports a rather hefty battery pack, which Conlow says has a 14-amp-hour capacity. Other features include a foldable frame, and hydraulic disc brakes, with the rear brake positioned on the axle beside the drive gear. Now, all these features are impressive to say the least, but the biggest shocker has to be its price. You see, while other electric trikes like the RadTrike will set you back close to $2,500 USD, Lectric undercuts this by a huge margin with a price tag of just $1,499 USD.

With all that out there, all we can do now is to sit tight and wait for Friday the 13th when Lectric officially unveils its new electric trike to the world.